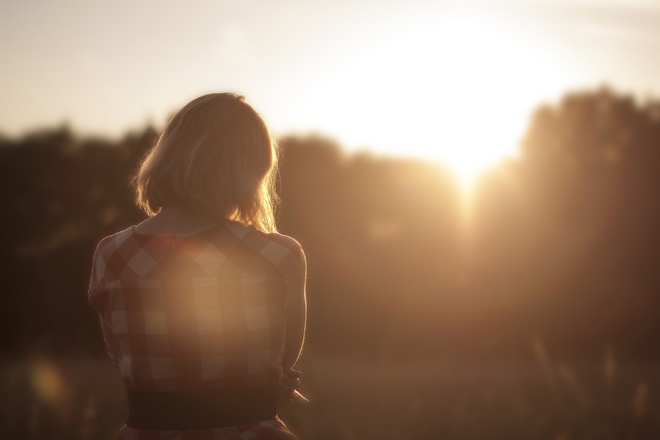 Getting a handle on the basics of climate science is actually pretty straightforward, if you ask four simple questions.

We’ve all heard of climate change, but it can be confusing to sort fact from fiction in a media context that often gives us more heat than light and a polarised political context. Climate science is a huge discipline with thousands of peer-reviewed articles published every year. Controversy and complexity can tempt us to put the whole thing in the “too hard” basket. And yet getting a handle on the basics of climate science is actually pretty straightforward, if you ask four simple questions.

The planet is warming more rapidly than at any time in the history of human civilisation and we are rapidly leaving the relatively stable climate of the last 10,000 years during which agriculture developed.

Certain gases in the atmosphere allow sunlight in but trap some of the outgoing infrared radiation, keeping Earth much warmer than it would otherwise be, in a manner similar to a greenhouse. By burning coal, oil and gas, as well as deforestation and some other human activities, we have been increasing the concentration of greenhouse gases at a faster rate than any time in the history of humanity.

The basics of the greenhouse effect have been understood for over a century. Once all other known factors are accounted for, recently observed warming cannot be explained without including a decisive contribution from human emissions, especially carbon dioxide from burning coal, oil and gas. Multiple tell-tale "fingerprints" in the observed changes point to human emissions of greenhouse gases as the primary culprit.

This is the explicit or implicit position of more than 97% of peer-reviewed papers over the last 20 years, more than 97% of the top experts and of more than 190 scientific bodies of national or international standing to have considered all the evidence (none disagree). Consensus doesn't make good science, but good science makes consensus when there is a consensus of data. No other account can explain all the data. If 97% of oncologists said you had life-threatening cancer requiring urgent treatment, would you refuse to act?

The likely consequences are complex, but overwhelmingly negative. The earth has been far warmer and far colder in the deep past, yet human civilisation has only experienced a very narrow range of global temperatures. The key to severity of impacts is not simple the scale but also the rate of change. We are in the early stages of a path taking us far out of anything experienced by humanity at a rate many times faster than anything in human history.

Business as usual, or even a lukewarm effort, could well see four degrees or more of global average surface temperature rise by 2100. This is probably not compatible with globalised industrial civilisation, would radically change our planet and is unlikely to be stable, with feedbacks leading to further warming after 2100. Long term sea level rise would likely exceed +20m, displacing hundreds of millions of people. This could be beyond adaptation for most human and natural systems. Even two degrees has serious costs and dangers.

Can we do anything?

While some further warming is now inevitable, due to lags in the climate system, the worst effects are still very much avoidable.

So we will need to manage changes that are now unavoidable, but also avoid changes that will be unmanageable. The key to the latter is leaving the vast majority of fossil fuel reserves in the ground. The required changes to slash emissions and stabilise temperatures are immensely challenging, but technically feasible.

One historical analogy for such widespread change is the allied mobilisation in WWII. But such a stance is the only truly conservative position: the radicals are those who want to continue our experiment on the only planet known to be able to support life, fundamentally and rapidly altering the chemical composition of the atmosphere and oceans.

As followers of Jesus, we want to honour our Creator and serve our neighbours. Given what we now know with a high level of confidence about climate, for us to continue on a path that is making the globe a more hostile and less habitable place is an insult to the one who made us and a betrayal of all those with whom we share a planetary home. Instead, trusting in God’s goodness and empowered by the Spirit of life, followers of Jesus can walk a path in which love, truth and grace abound, a path towards clean air, clean politics and a clean heart.

Joint publication from the two most respected scientific bodies in the world: the US National Academy of Sciences and the UK Royal Society.

Skeptical Science, an award-winning climate science communication website run by an Australian Christian PhD researcher. The site is filled with a variety of useful resources, all grounded in the peer-reviewed literature. For instance: