I was living in Melbourne’s CBD as part of the Urban Seed community. I moved from rural Victoria to the centre of Melbourne to be part of Urban Seed in 1998 – right in the height of the heroin and homelessness crisis.

I somehow immediately started connecting with the city’s homeless Aboriginal community – it could have had something to do with the fact that I was walking around the city streets barefoot and preferred to be outside too. I often found myself hanging out with them outside of St Paul’s Cathedral.

Walking with my Aboriginal friends over the three years I was living at Urban Seed was a pivotal experience that shaped my passion for justice for the First Peoples of this continent. So was losing some of them to heroin and other struggles.

When the opportunity came up in 2000 to be a part of the organising committee for the Melbourne Reconciliation Walk, I grabbed it.

The photos show members of the Urban Seed community at the time preparing to join the walk, and participating in the walk. 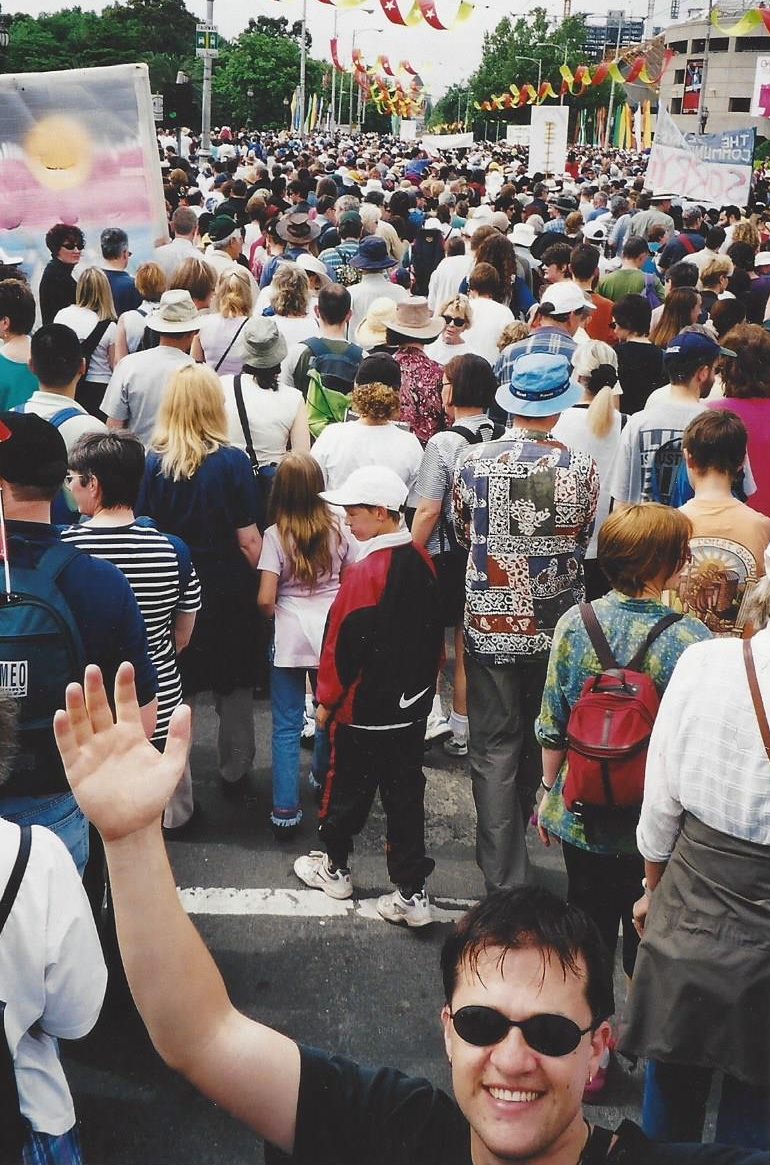 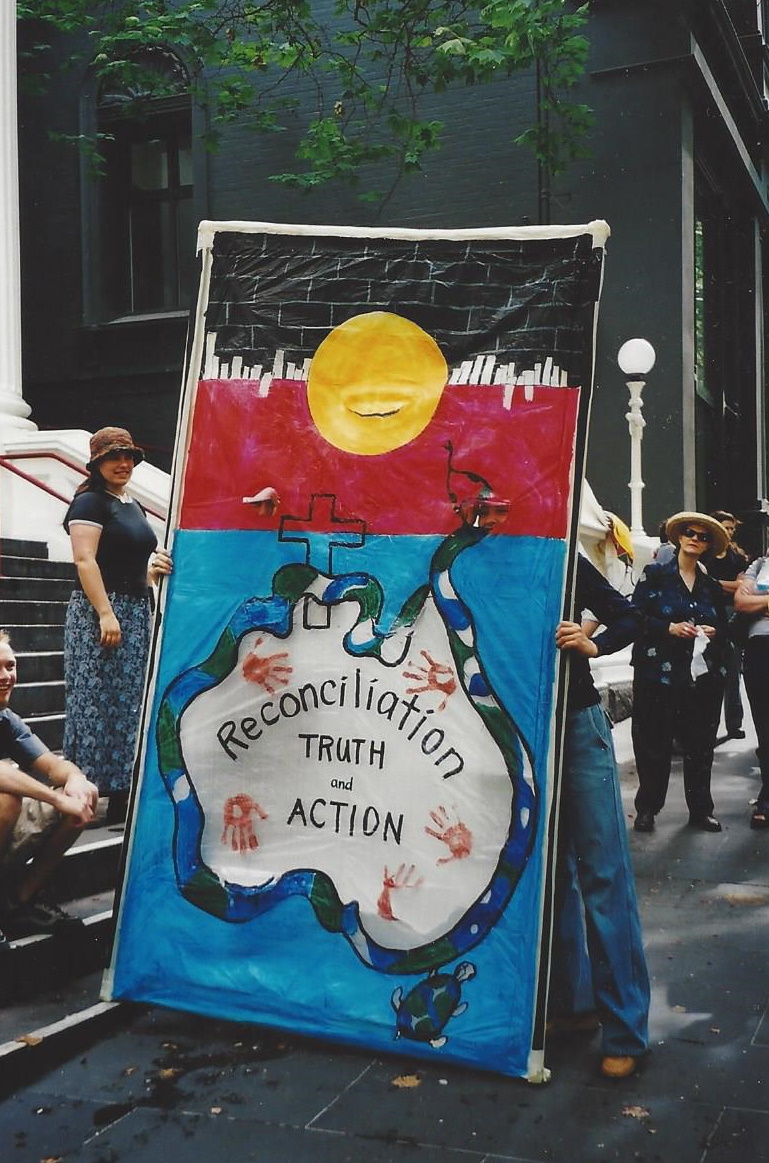 I walked for Reconciliation in 2000 because my experiences with my Aboriginal friends on the street painfully awakened me to the multi-generational effects of colonisation, and I realised that to live authentically on this land, all of us who are not Aboriginal or Torres Strait Islander must take every opportunity to show our support for justice for First Peoples and to stand with them.

In the past 20 years, a lot has changed, and not enough has changed. We had the apology, but we also had the intervention. We had a Royal Commission into deaths in custody, but those deaths continue. We’ve had the Closing the Gap campaign, and the gap hasn’t been closed that much. But I do see a growing awareness among the general public of the importance of learning the true history of this country, and standing in solidarity with Aboriginal and Torres Strait Islander peoples and giving them the honour and respect they deserve. This creates hope for the future. I attend cultural events whenever possible, am involved in my local Aboriginal church congregation, and reconciliation committees at my workplace and my children’s school. I attend the Surrender conference each year in Melbourne where I volunteer to support the Indigenous program. I am an active voice for relationships with and support for Aboriginal people in my church. I teach my children, and intentionally identify and acknowledge country wherever we go. I have friendships with Aboriginal people that are deep, meaningful, and teach me so much. There is so much more to learn and much more to do, but I am very humbled and privileged to be welcomed, led and taught by my Aboriginal brothers and sisters, aunties and uncles.

My vision for Reconciliation in the next 20 years? That’s a big one. I would hope that we can get to a point where we walk our talk, where we have Aboriginal and Torres Strait Islander people in positions of leadership in all areas of politics and our community so that they can lead all of us as we learn to walk, live, play and worship on country. I would love to see the notion of reconciliation, or the building of a new relationship, defined and led by Aboriginal and Torres Strait Islander people, instead of non-Aboriginal people. 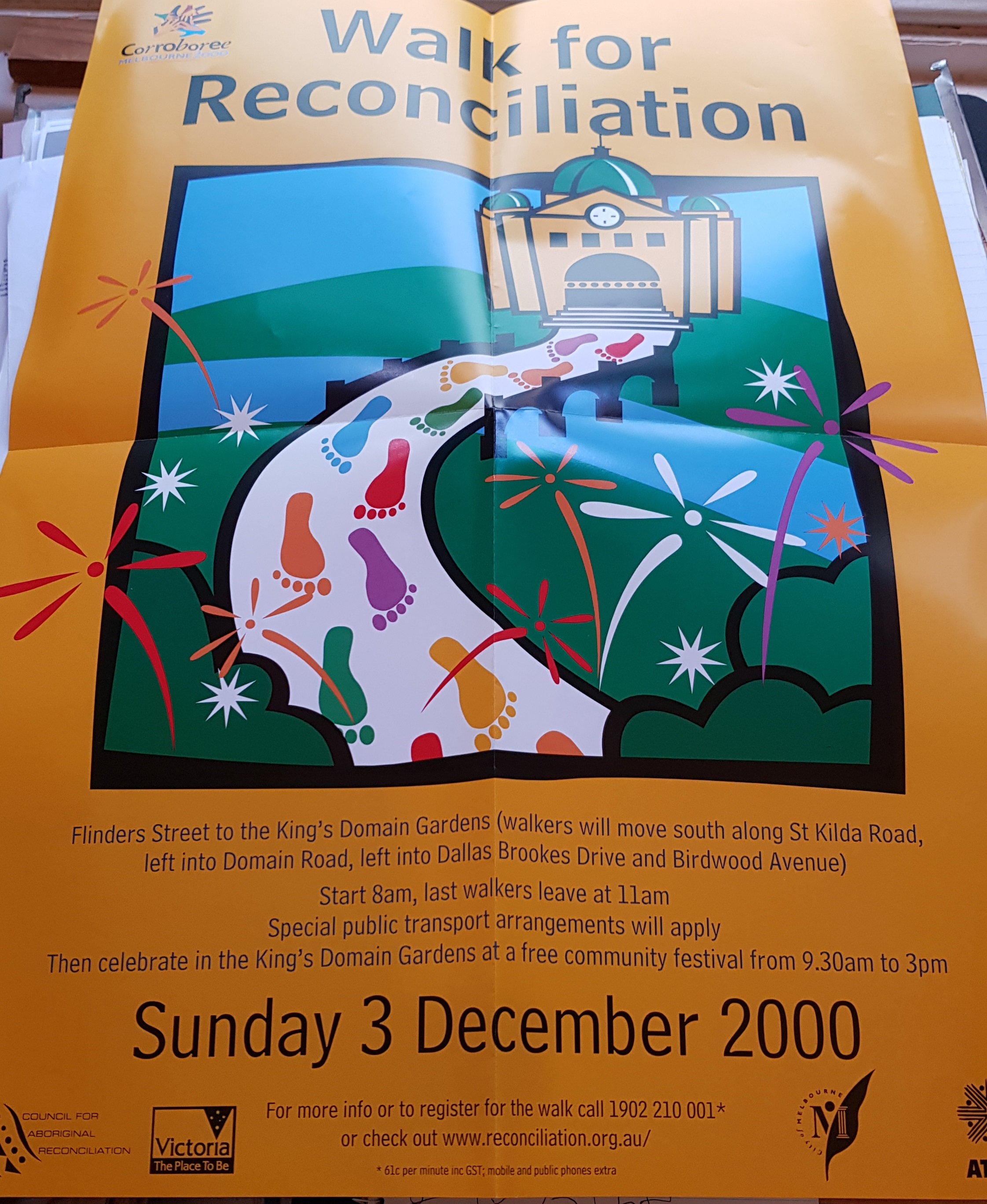 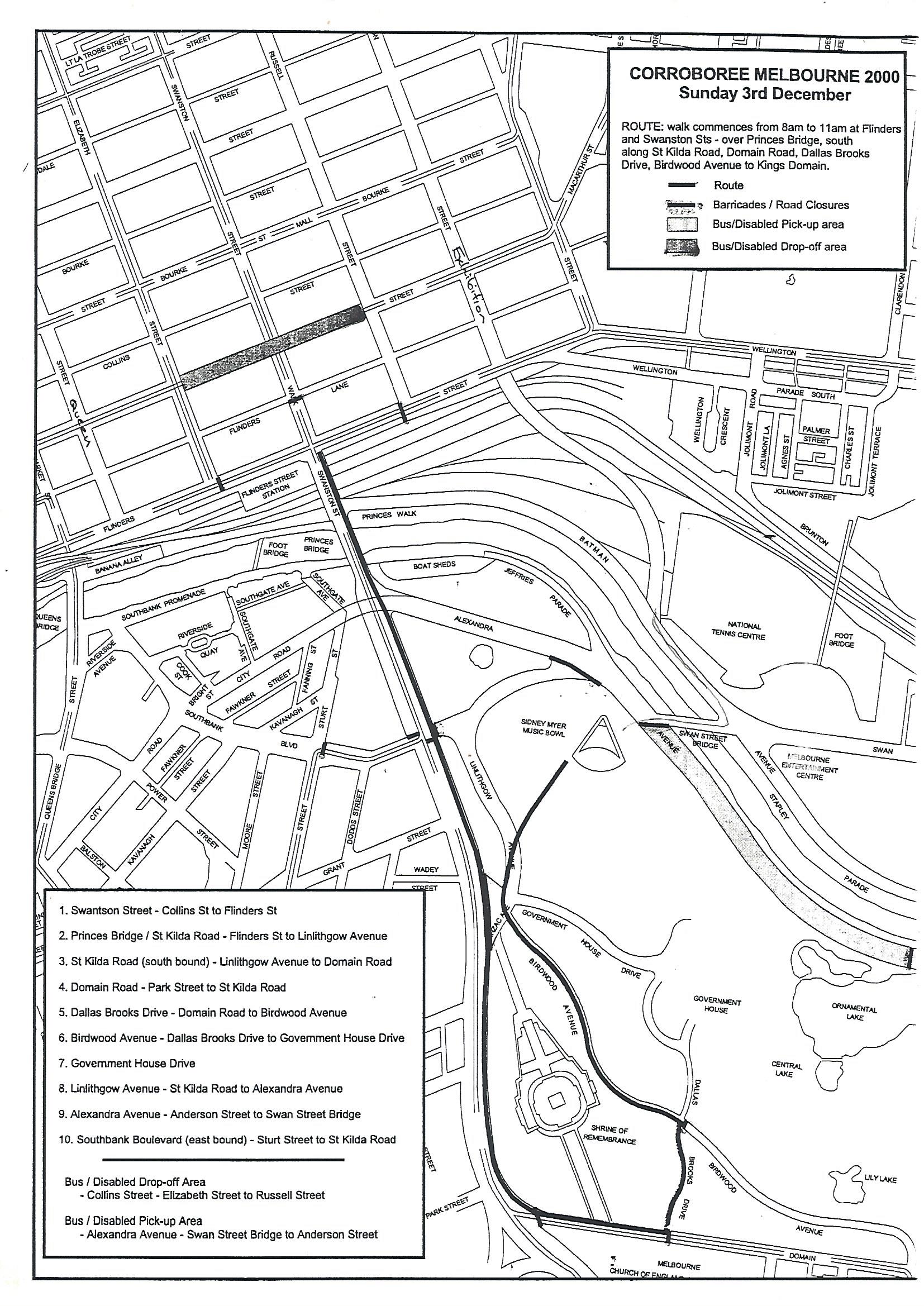 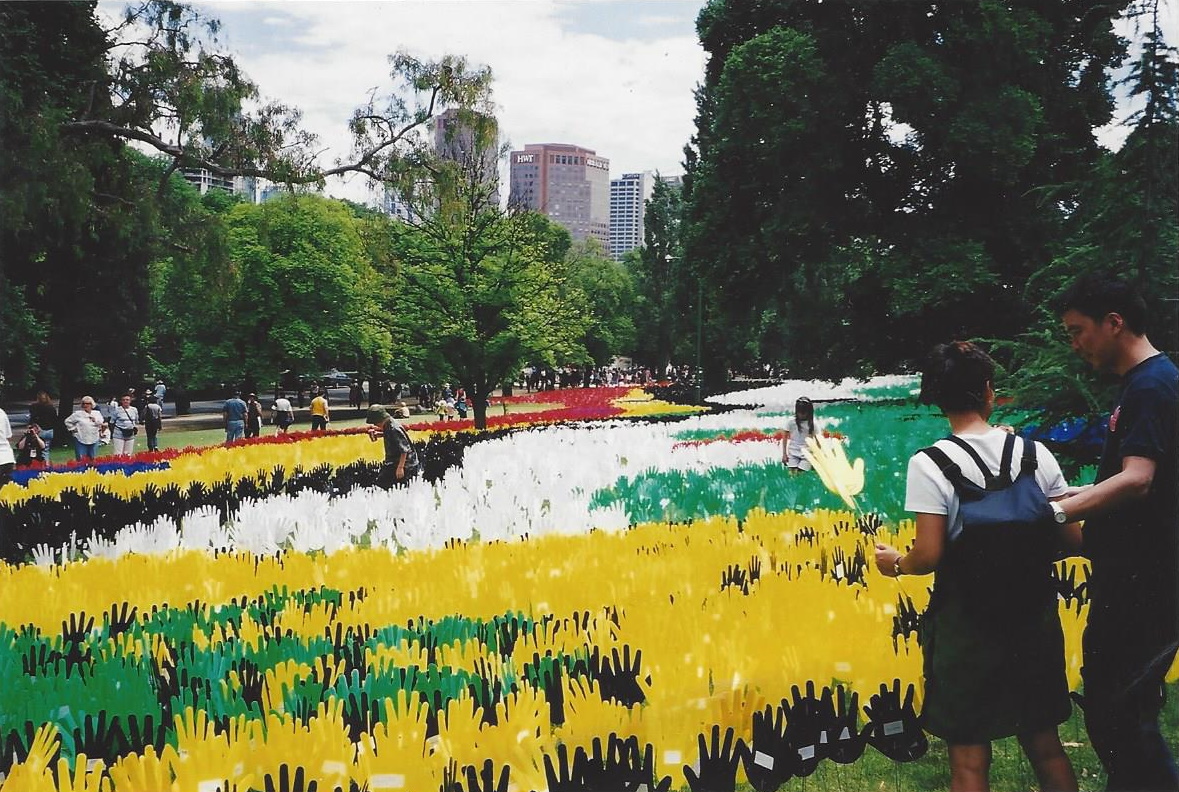 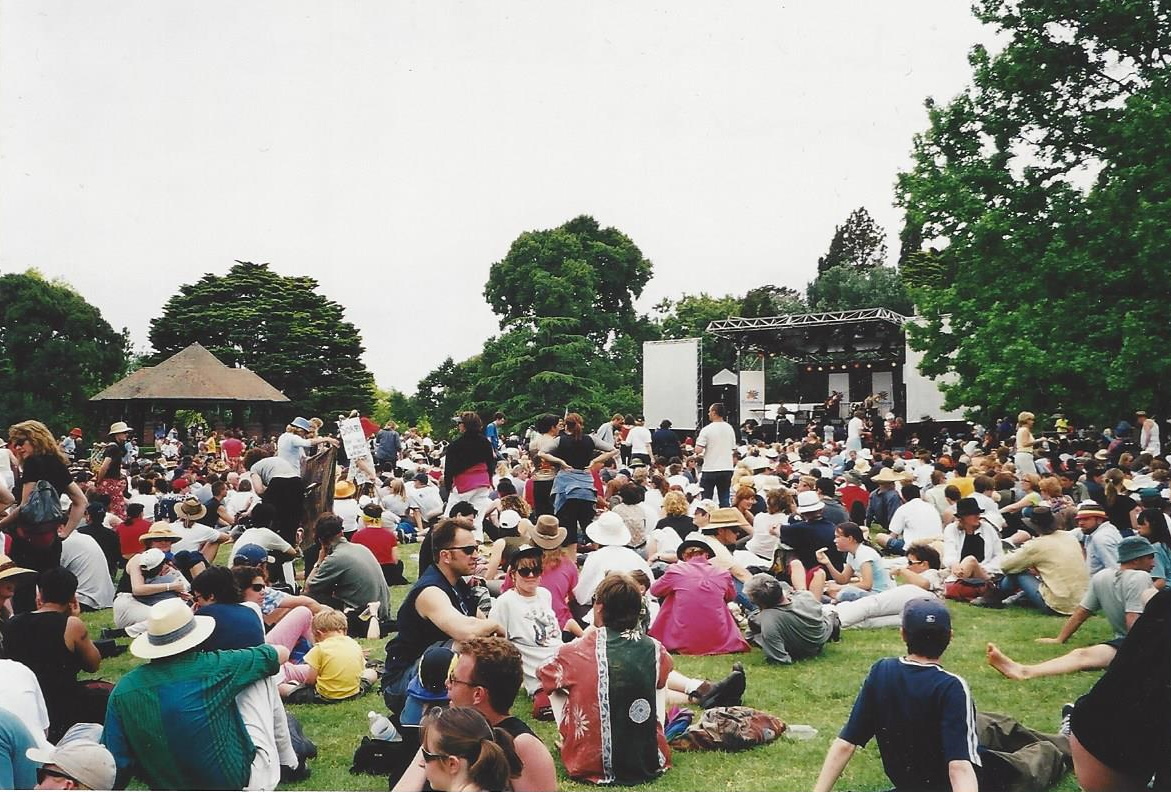 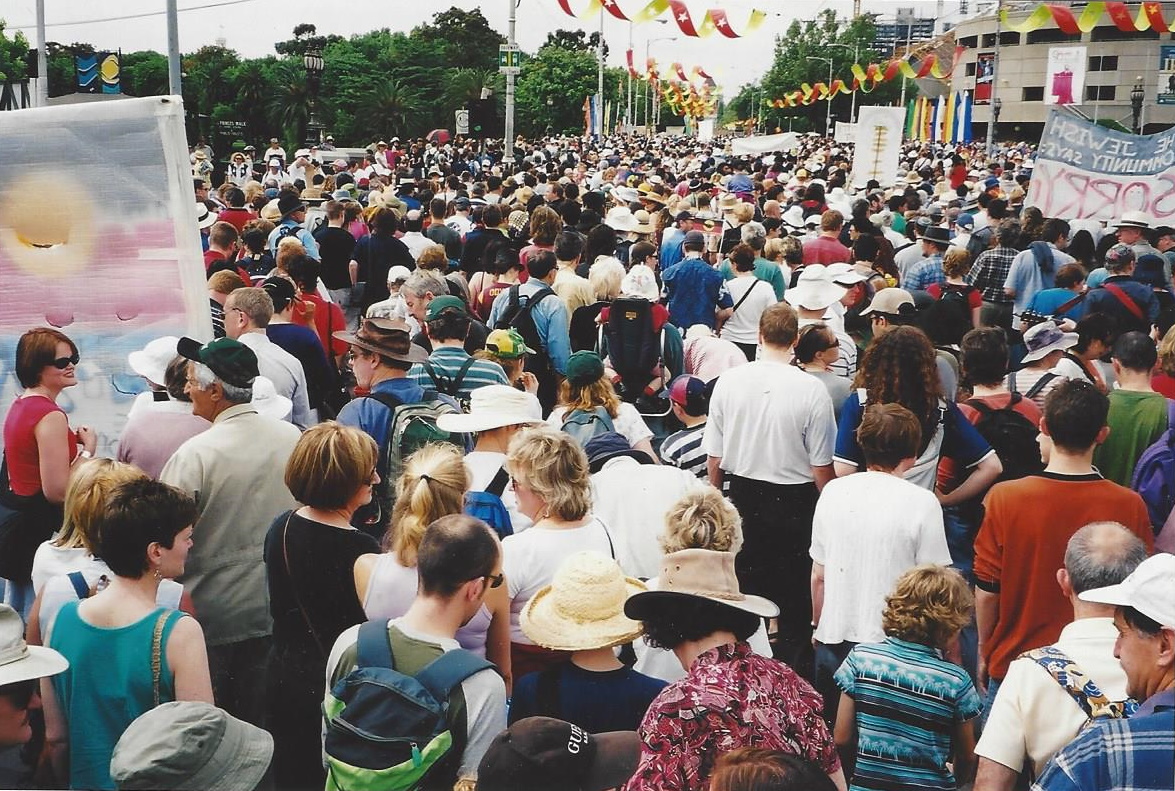 Check out the Walks for Reconciliation Gallery of Photos and Stories here!