Common Grace comprises a network of churches, organisations, and individuals that reflects the broad diversity of the Australian Christian community. We are powered by volunteer issue-based teams made up of Christian activists, policy experts and ministry leaders.

We are also governed by a board and a part-time staff team. From February 2020 Brooke Prentis started as our CEO. Read more about Brooke's appointment as CEO here. 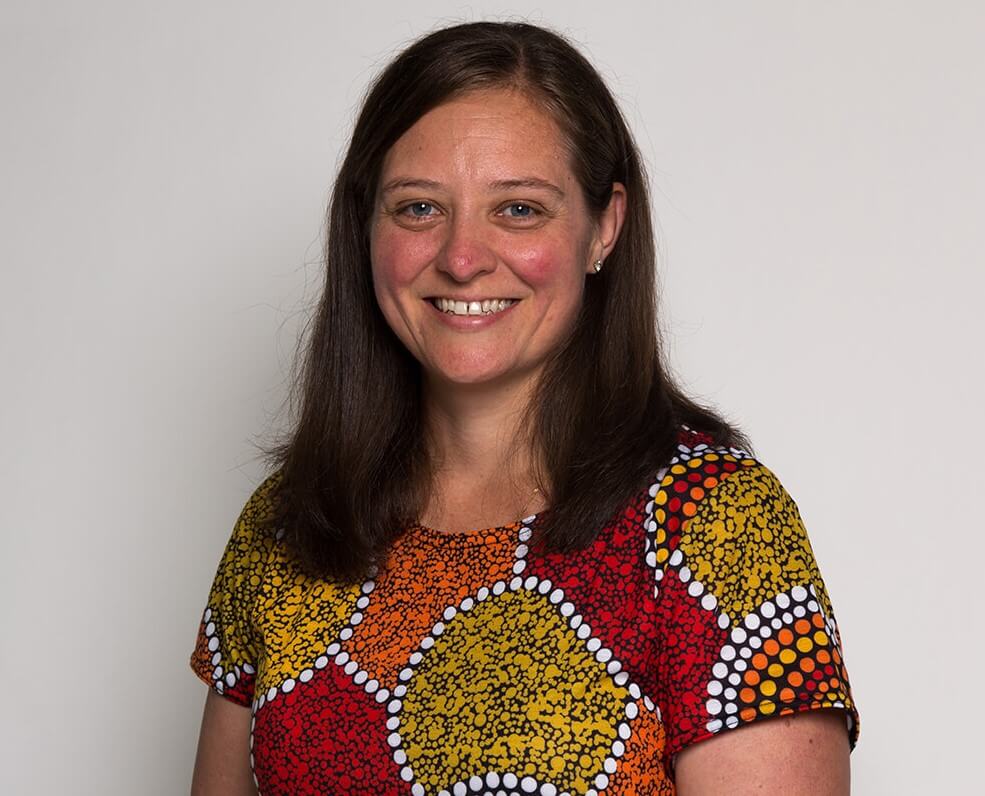 Brooke Prentis is an Aboriginal Christian Leader from the Wakka Wakka peoples. Brooke became the CEO in February 2020. Previously Brooke had been volunteering as the Aboriginal spokesperson for Common Grace and is the Coordinator of the Grasstree Gathering. Brooke works ecumenically speaking on issues of Justice affecting Australia and sharing a message of Reconciliation as friendship. Brooke has co-written and written a number of theological papers over the last two years that have been presented in Australia and Internationally. Brooke is a founding board member of NAIITS Australia and is currently studying a Masters of Theology through NAIITS, in partnership with Whitley College and the University of Divinity, as well as being a scholar of the Australian Centre for Christianity and Culture. Brooke is a much sought after speaker and writer who is a community pastor and advocate who has a vision "to build an Australia built on truth, justice, love and hope". Read more about Brooke's appointment as CEO here. 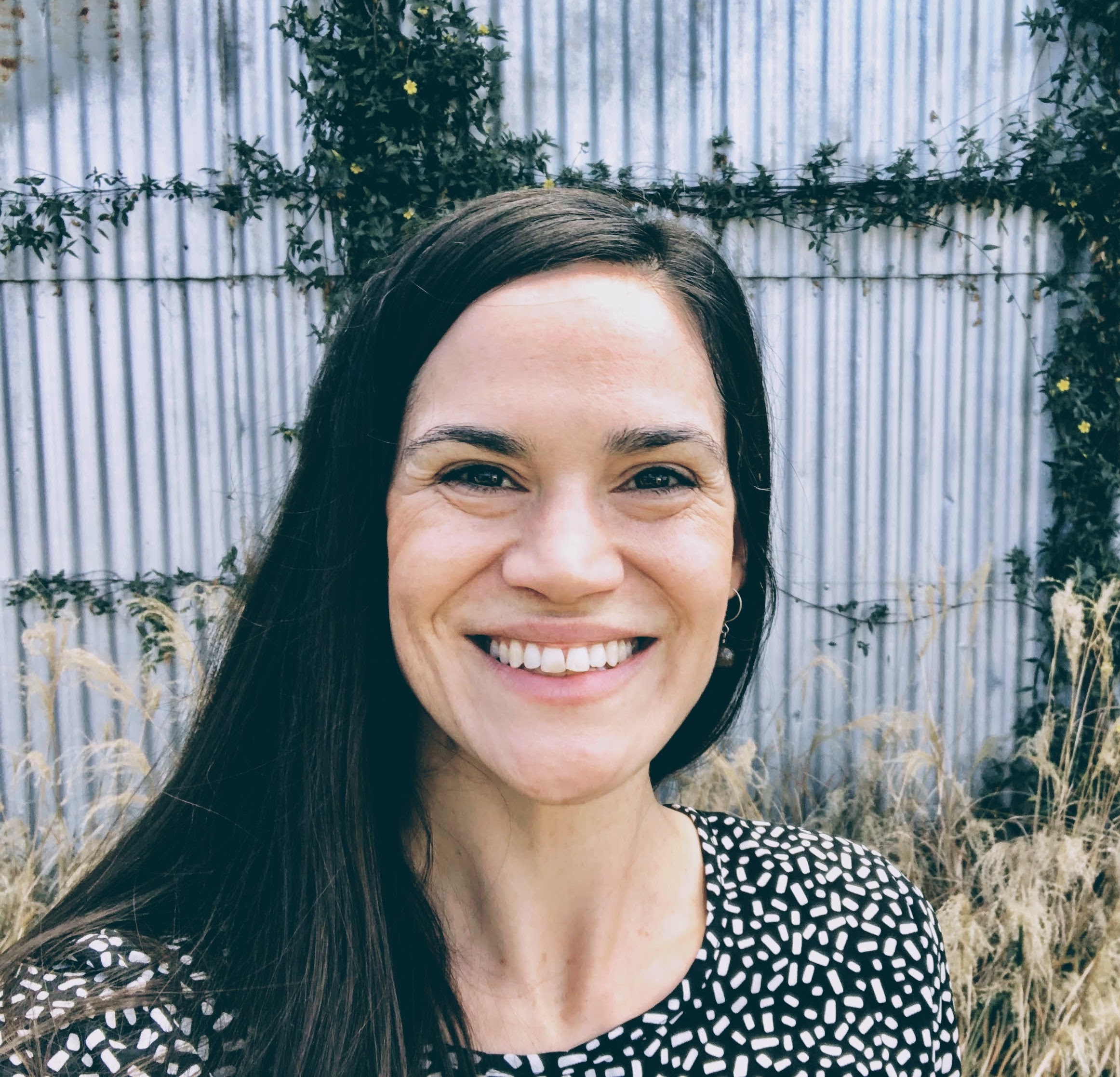 Ellaina is the Partnership and Donor Director at Common Grace and is gifted in project management, building relationships, communications and organisational strategy. Ellaina has worked for the past 12 years in the not-for-profit sector, helping grow and shape people's understanding of poverty and inequality, community development, and justice. Most recently Ellaina used her skills and passions to help raise funds for one of Australia's largest Christian international development agencies and grow the church's engagement with a Christian response to loving the poor overseas. Ellaina's passion for gender equality, living sustainably, and helping organisations thrive is driven by her love for Christ Jesus and His compassion for all of creation. Ellaina recently moved to Gomeroi land (Tamworth) with her husband and daughter.

Bianca Manning is a Gomeroi woman and an emerging young Aboriginal Christian Leader who grew up in Newcastle on Awabakal country. Bianca was previously Common Grace's Communications Officer and currently lives in Brisbane on the lands of the Yuggera, Jagera, and Toorbul peoples, studying at a Bible College called The Academy with Glory City Church. Bianca has a Social Work degree, previous ministry experience with Youth With A Mission (YWAM), and is passionate about Aboriginal social justice, youth work, asset-based community development, dance, and pursuing a genuine relationship with Jesus.

Safina Stewart is a proud Wuthithi and Mabuiag Island woman who grew up cross culturally in New Zealand, Papua New Guinea and Australia. Safina is passionate about culture, education, the arts, justice and faith. As Common Grace’s School Partnerships Coordinatorshe is dedicated to assisting teachers and school leaders authentically embed Aboriginal and Torres Strait Islander perspectives into curriculum, and raising up a new generation of learners actively engaged with Aboriginal and Torres Strait Islander justice and Creation and Climate justice. Safina lives with her husband and three children in the Victorian coastal town of Wonthaggi on Bunurong/Boon Wurrung country. 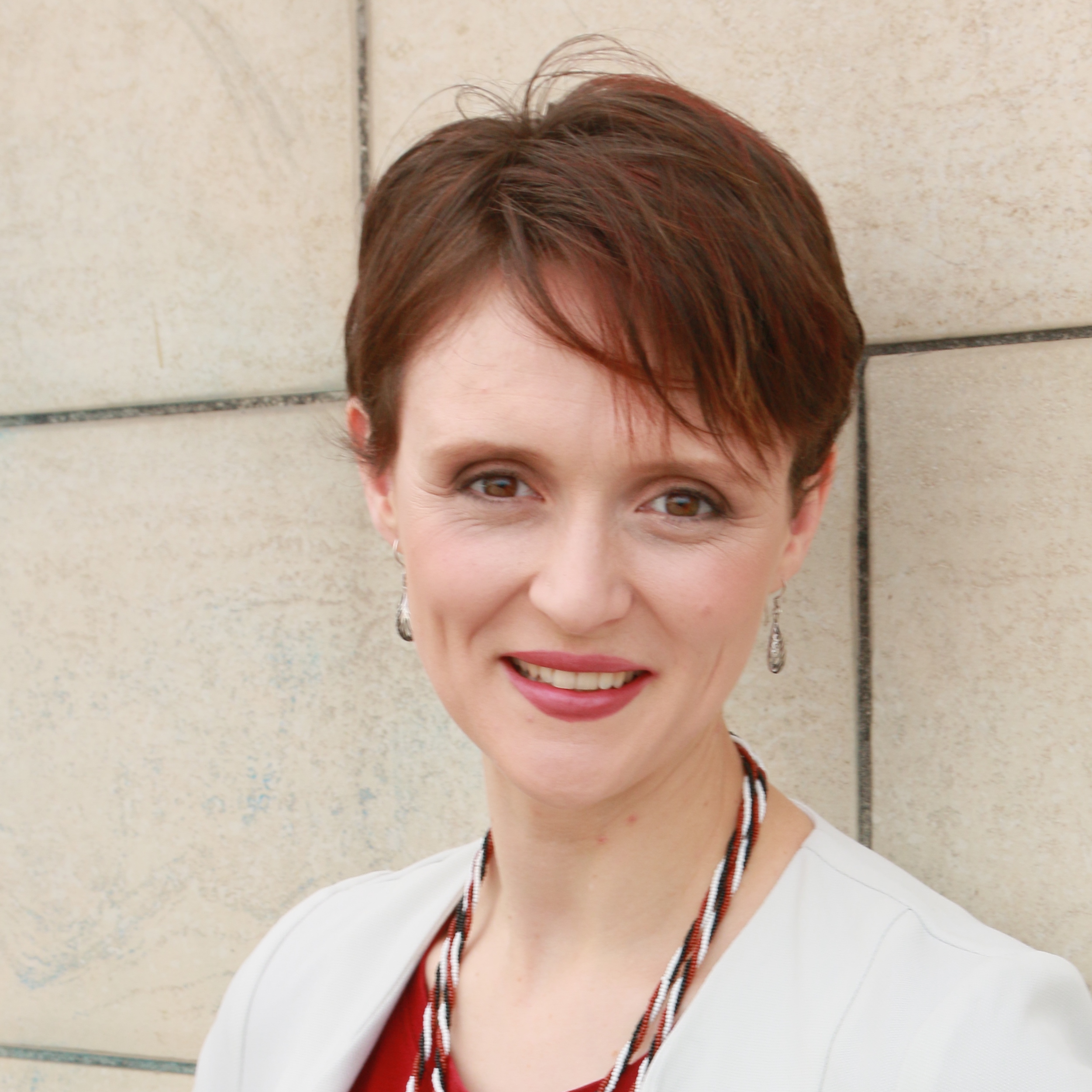 Katrina is working with Common Grace to provide support behind the scenes in systems and data management. She is experienced in working with diverse groups of people from volunteers and artists in the production of community-based events to corporate settings with businesses and AV tech production. She enjoys finding ways to streamline and support the work of organisations. Katrina loves a good pot of tea, noticing the small details and dancing, and is passionate about holding space in communities so that all feel welcome and able to step into their giftings and flourish. 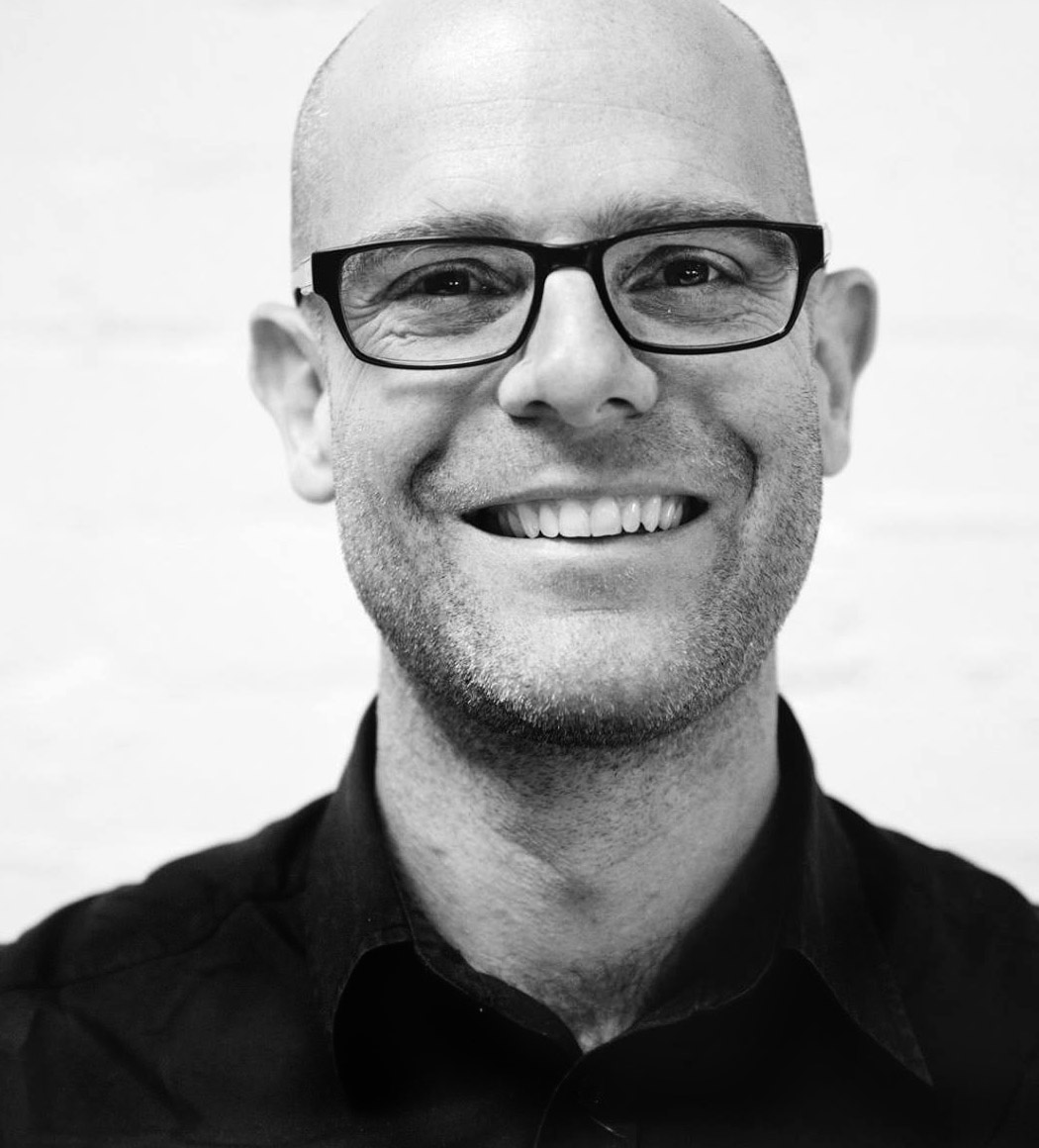 Graeme is married to Jen and they have three children. He currently serves as the Pastor for Northside Baptist - a formational church in Sydney. Graeme teaches in the area of Christian spiritual formation and is the Author of Follow: Experiencing Life with Jesus. He has a background in education and leadership development. He is passionate about seeing people and communities shaped by Jesus and overflowing to bring long term change for good in culture. 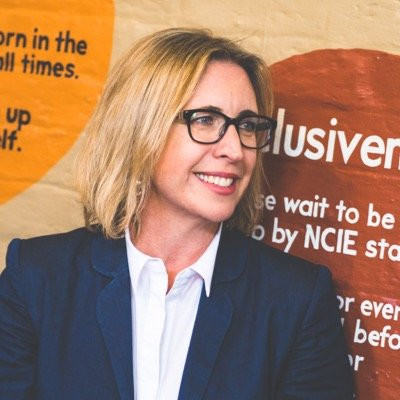 Kristyn is a daughter, wife, mother and worker in the not-for-profit world. A long-time social change advocate for justice in the world of work, Kristyn is committed to helping groups of people achieve their dreams of a more just world through the creation of healthy, effective collectives. Kristyn and her family, Phil, Maya and Campbell live on the Central Coast of NSW and love being members of Coast Community Church. 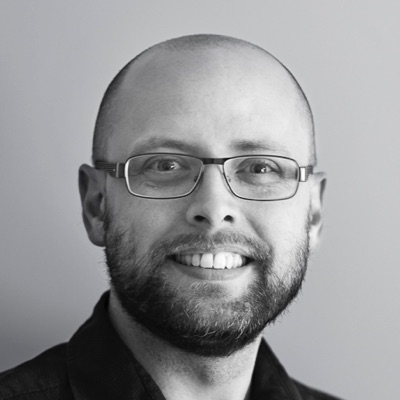 Jonathan works in Accounting, Financial Planning and Business Advisory. His Church and Charity involvement extends back 17 years and includes leadership, consulting and board roles. He is married to Jessica and they have two children. The family attends Church at the Stadium in Warwick WA. 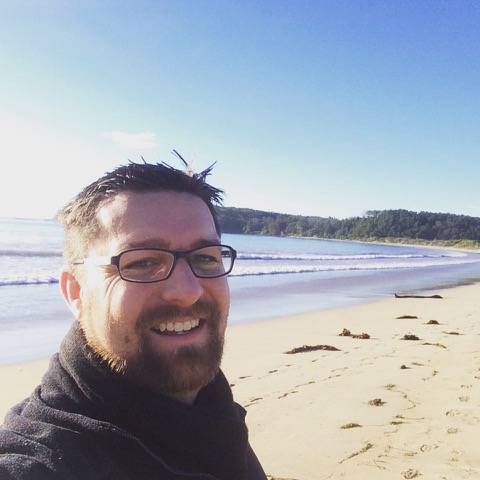 Adam Gowen is an Aboriginal man with ancestral connections to the Wiradjuri nation. He currently lives on the land of the Murramarang people of the Yuin nation (South Coast NSW) with his wife, Lisa and their 3 children. Passionate about relatedness, he seeks to understand all things in the context of their relationships. He is a Christian minister and holds a post-graduate qualification in theology and a first-class honours degree in Indigenous studies. The thesis component of his honours degree examines concepts of Aboriginal identity, settler colonialism, and sovereignty. Adam is passionate about social justice and committed to working at a grass-roots level to see large scale change. Most days you can find him sipping a flat white with his chocolate Labrador, Tank, sitting by his side. 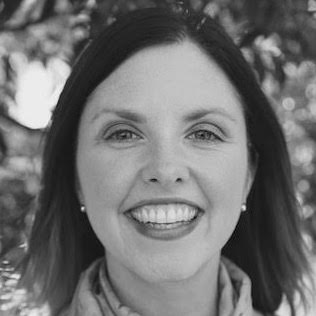 Michelle is a strategic planning, brand, communications/ advocacy professional with 16 years’ experience in the not-for-profit, corporate, education and international development sectors. Michelle has been worked with more than 100 organisations while being involved in leading a number of consulting companies including The Future Leader Group, CoCreate Consulting and Capacity Builders. Michelle is married to Bruce and they have two young children, Charlize and Judah, and they attend Northside Baptist. 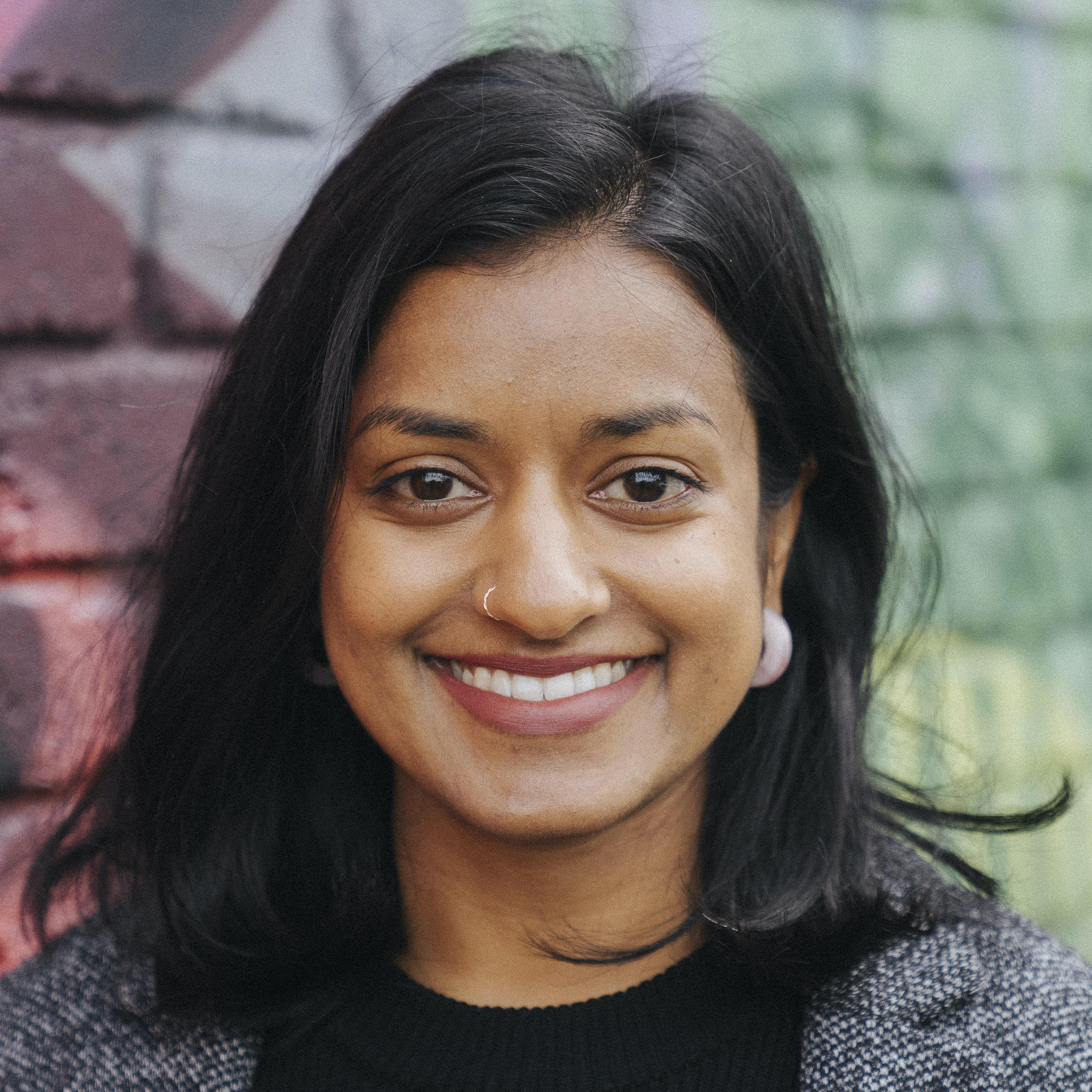 Rachel is a human rights lawyer of Sri Lankan Tamil heritage. She is a Senior Solicitor at the Asylum Seeker Resource Centre and has also worked in legal and policy advocacy roles in Tanzania and South Africa, including at the United Nations High Commissioner for Refugees. Rachel loves being part of her church community at City on a Hill in Melbourne.

Our justice teams are made up of numerous wonderful volunteers and consultants who either have lived experience or bring their policy knowledge, practitioner experience or their passion for Jesus and justice to shape our work. Find out more about them here.