How are we responding to the #NauruFiles?

This past Sunday, we called churches all over Australia to prayer for those people in Australian detention centres, following the horrific reports from the past two weeks regarding Aboriginal and Torres Strait Islander kids in juvenile detention (#DonDaleKids) and the leaked #NauruFiles relating to Australia’s immigration detention centre on Nauru.

Together, we prayed specifically for breakthrough in our Government’s response and for a new response that reflected the inherent value of every human who, as we know, is made in God’s image.

Our call to prayer came after an important week when our friends at ‘Love Makes a Way’ organised Christians and non-Christians to come together to let their local MPs know that they wanted offshore detention centres closed, with more than 56 peaceful protests happening all across Australia. Many of our Common Grace members took part.

These events involved everyday Aussie Christians making large coloured paper dolls, writing on them their prayers or the details of the Nauru files that upset them the most, and sticking them up at their MP’s offices. It was a nonviolent and creative way for ordinary Australians to put the attention back on those real people who are caught in this political crossfire, and to call for the Government to #BringThemHere and some MPs even responded thanking these people for protesting which allowed them to advocate for a more humane response within their political parties. 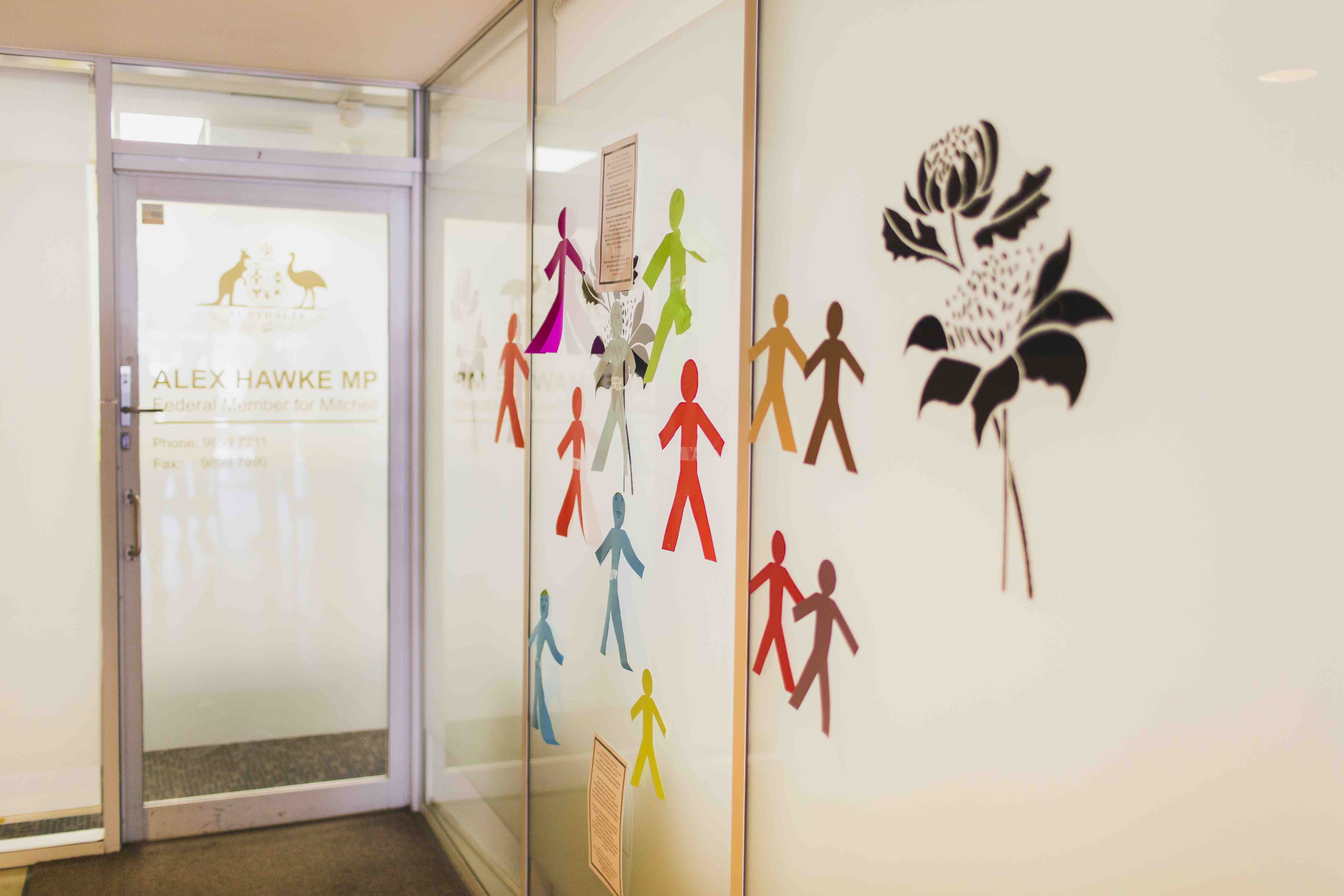 What action can we put with our prayer?

This week, we at Common Grace are partnering with Love Makes a Way to call church communities to lead the charge and speak up for the innocent people in Australia’s offshore detention centres whose voices have been silenced.

We are specifically asking church communities to make paper dolls in their bible studies, prayer meetings, kids ministries and other meetings, and to display them in the windows of their homes, cars and workplaces – committing to ongoing praying for breakthrough – and posting photos on social media with the hashtag #BringThemHere & #LoveMakesAWay.

Then email them through to us at [email protected] so we can celebrate with you!

1. Make a paper doll and write on it whatever makes it meaningful for you. You might like to write:• Your own prayer• The details of one person’s case that is detailed in the Nauru Files• The hashtag #BringThemHere   2. Stick your paper doll somewhere where others can see it. Perhaps:

3. Post a photo of your paper doll on social media with the hashtags #BringThemHere & #LoveMakesAWay.   4. PRAY. PRAY. PRAY. 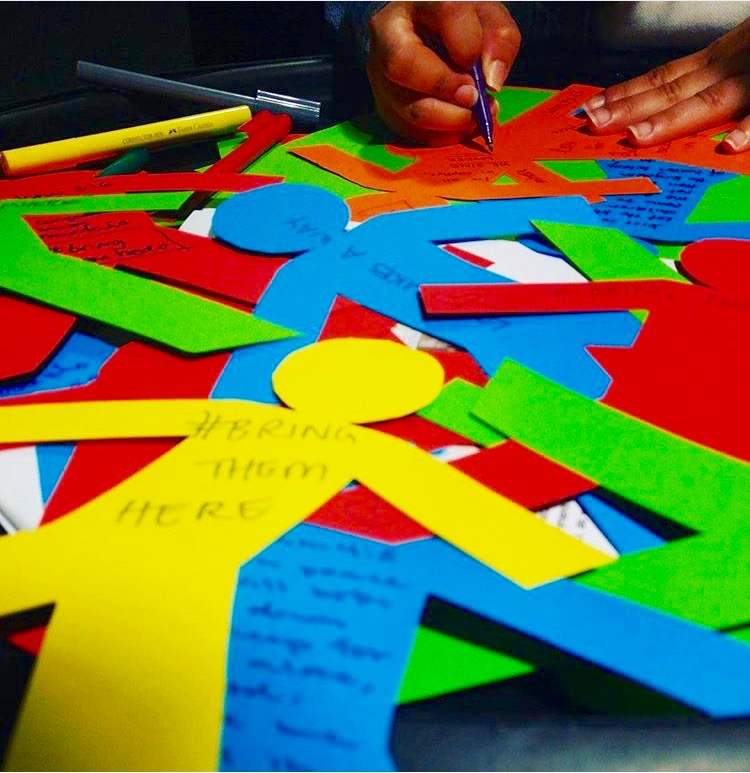 What are we hoping to achieve with the paper doll campaign?

We want Christians to lead the charge and speak up for those innocent people in Australia’s offshore detention centres who have been subjected to inhumane conditions and whose voices have been silenced. We believe that the church can be a powerful, persuasive and loving voice in the Australian community that sounds MORE LIKE JESUS, exemplifying the beauty, generosity and justice that we have received and now give.

Why is it important for Christians to take action on this?

Christians are called to treat others as we would want to be treated. Just like Israel—strangers in a strange land—were commanded to welcome the stranger. Just like the early Church—vulnerable outcasts—we're instructed to care for the least of these. Christians are called to be a people of radical and selfless hospitality, and we want to see the Church live out this beautiful vocation.

For many people who are a part of the Common Grace community, understanding the complexities of Australia's immigration system and reflecting upon how we can best respond to it as Christians living in a broken world, has been an unfolding journey. If you'd like to find out more about the journey we've been on, and the reflections we've made along the way, check out this page.