Three years ago, on April 4th, my wife and I found ourselves standing on the balcony of Room 306 at the Lorraine Hotel, Memphis.

Ok, it didn't happen by accident. I meticulously plotted a road trip and convinced a van full of 4 adults and 3 kids to drive the 600 miles from the Northside of Chicago specifically to be in that exact spot, on that exact day.

Simple. That is the city, the hotel, the balcony, and the day that Dr. Martin Luther King Jr.'s life was cut short.

This was the closest thing to a pilgrimage I had done since my dad took me to the Bradman Museum in 1995. 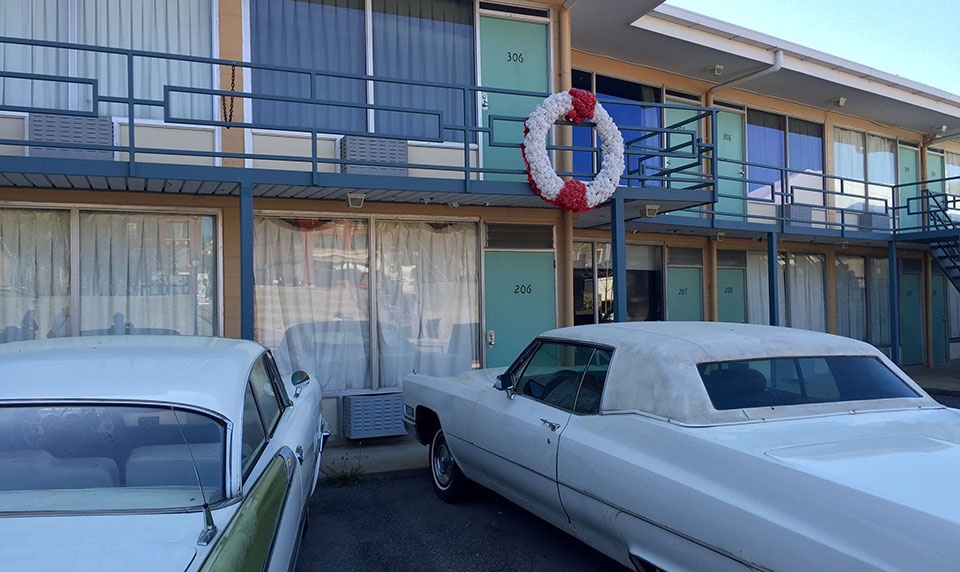 At the Lorraine Hotel, as Dr. King's speeches echoed around the neighbourhood, and as local orchestras, choirs and preachers paid tribute to his legacy, it dawned on me that over the last 50 years we've happily chipped away at our statues of Dr. King, to build a more comfortable, more palatable version of his dream - it's almost impossible to remember why he was assassinated at all.

Our reduction of Dr. King's message to, as President Trump put it earlier this year, 'don't judge people by how they look or where they come from,' is borne out of our human desire for simplicity. By cleaning up his legacy over the last 50 years we've created our own Dr. King. He is the embodiment of empty platitudes, the obvious choice for our "ultimate dinner party" list and proof that humanity will be just fine if we can all get along.

We forget that Dr. King died deeply unpopular. A 1966 Gallup poll showed two thirds of Americans had an unfavourable rating of Dr. King; another put it at 72% unfavourable. In the same year, only 36% of white Americans thought King was helping the cause, and only 50% of the general population.

We forget that he died as 'dangerous' and difficult - not simply as 'the guy with the dream.'

Exactly one year before his death, in one of his most controversial speeches, Dr. King fought back against what he saw as the "spiritual doom" of America, pleading for "a genuine revolution of values." He called for allegiance to be first to God, beyond country, and people before profit;

"When machines and computers, profit motives and property rights, are considered more important than people, the giant triplets of racism, extreme materialism, and militarism are incapable of being conquered."
— Dr. Martin Luther King on April 4, 1967

50 years on from Dr. King, as we look at our own nation; at the widening gap and unsatisfactory representation of Aboriginal and Torres Strait Islander peoples, at the recently rumoured cuts to an Australian aid budget that is already at historic lows, and at our ever-increasing defence budget, we see that giant triplet up in lights.

50 years on, the most fitting way to mark the life and death of Martin Luther King Jr. is not with platitudes and remorse, but with action. Though it may be difficult, though it may be divisive; we need to redouble our desire to live lives of practical love - speaking truth to power, meeting with the vulnerable, leaning into the messy and sharing ourselves beyond our comfort zone; answering together "life's most persistent and urgent question, 'what are you doing for others?’"

Tim Middlemiss is a Common Grace supporter from Sydney, and the Chief of Staff for Tim Costello at World Vision Australia.