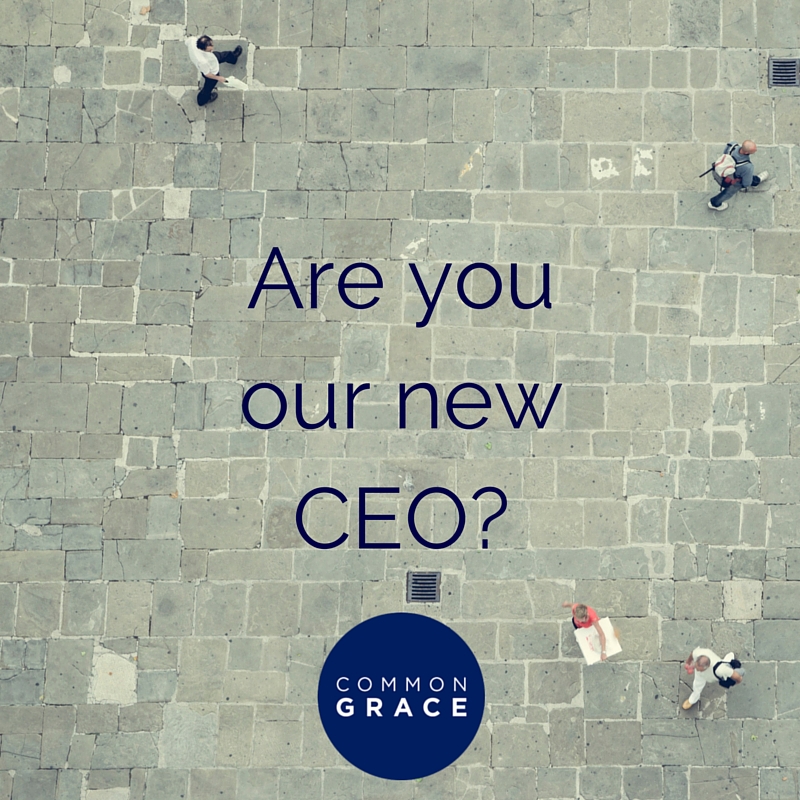 We are excited to announce that today we have begun the search for our new CEO.

The Common Grace story began a little over three years ago with a conversation between a group of friends about Christianity in Australia. They spoke about the representation of Christians in the public space, lamenting the topics discussed and the tone that was often employed. They also shared how many Christians struggle to engage with issues of justice as a part of their daily Christian living.

Widening the conversation to include key change-makers, organisations and church leaders, the group began to dream about what an Australian Christian movement for justice might look like. After an initial development phase, seed funding was secured to recruit a founding team and board.

Finally, in late November 2014, Common Grace was launched – a diverse movement of Christians who are passionate about Jesus and justice - to equip Christians to think, act and speak more like Jesus.

With Jarrod McKenna at the helm as National Director (generously seconded from World Vision Australia), Common Grace encouraged Christians from right across the breadth of the church to put aside the issues with the potential to divide, and focus on the many things that unite us.

We’ve created teams with both the passion for and experience of seeking justice in key areas - climate, Aboriginal and Torres Strait Islander people, asylum seekers, and domestic and family violence - along with rapid response campaigning and devotional series developed in partnership with like-minded groups.

In the 18 months since launch, Common Grace has become a movement of over 20,000 Christians, with an increasingly well-established identity. We’ve built strong relationships with both Christian and non-Christian justice organisations and media, and influential leaders across all denominations. We’ve also developed a reputation for quality communications and a strong social media presence that is helping to engage younger Christians in particular. Most importantly, we’re helping establish an alternative Christian voice in the public sphere that speaks boldly on matters of justice in Australia.

At the conclusion of 2015, Jarrod’s secondment from World Vision Australia came to an end, due to broad cuts to the aid & development sector in Australia. Since then, Jessica Smith (Operations Director) and Kylie Beach (Communications Director) have continued to work under the close guidance of the Board, with Jarrod moving to an advisory role that allowed him to pursue other full time opportunities.

We are excited today to open applications for our future CEO and would love your help getting the word out so that we can find the perfect person to lead Common Grace into its future.

So, can you help us? Could you lead Common Grace into its next season? Or is there someone that you know who would be fantastic? Can you help us get the word out and pray with us for God to bring the right person to fill the role?

Have a look at our advert and position description and share away!

PS. Hiring a new CEO will be a big step up for Common Grace. Click here if you’d like to play your part in giving a once off gift or making a monthly donation to support the ongoing work of Common Grace. 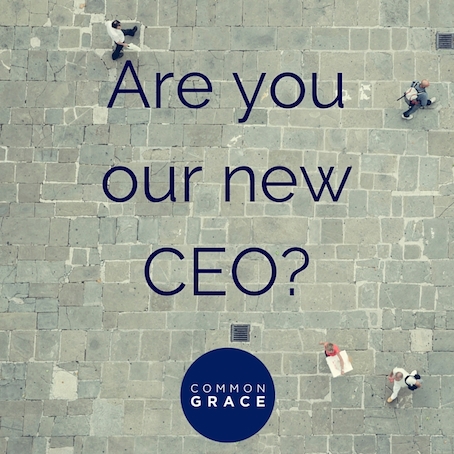