This action has now ended. If you would like to take action on a similar issue, view our current actions.
Help us reach 400
310 signatures so far

The pollution reduction target proposed is dangerously low. For the sake of all people, everywhere, we urge you to adopt a target at least as strong as the Climate Change Authority's recommendation of 45-65% by 2030.

The pollution reduction target is meant to protect Australians, our children and vulnerable populations from the worst impacts of climate change, but Cabinet’s initial target of 26-28% by 2030 represents less than half of the pollution cuts required from Australia to do so [1].

The good news is that the target is only Australia’s initial offer. And with domestic and international pressure building for Australia to do its fair share to reduce pollution, we have an opportunity to make a difference. 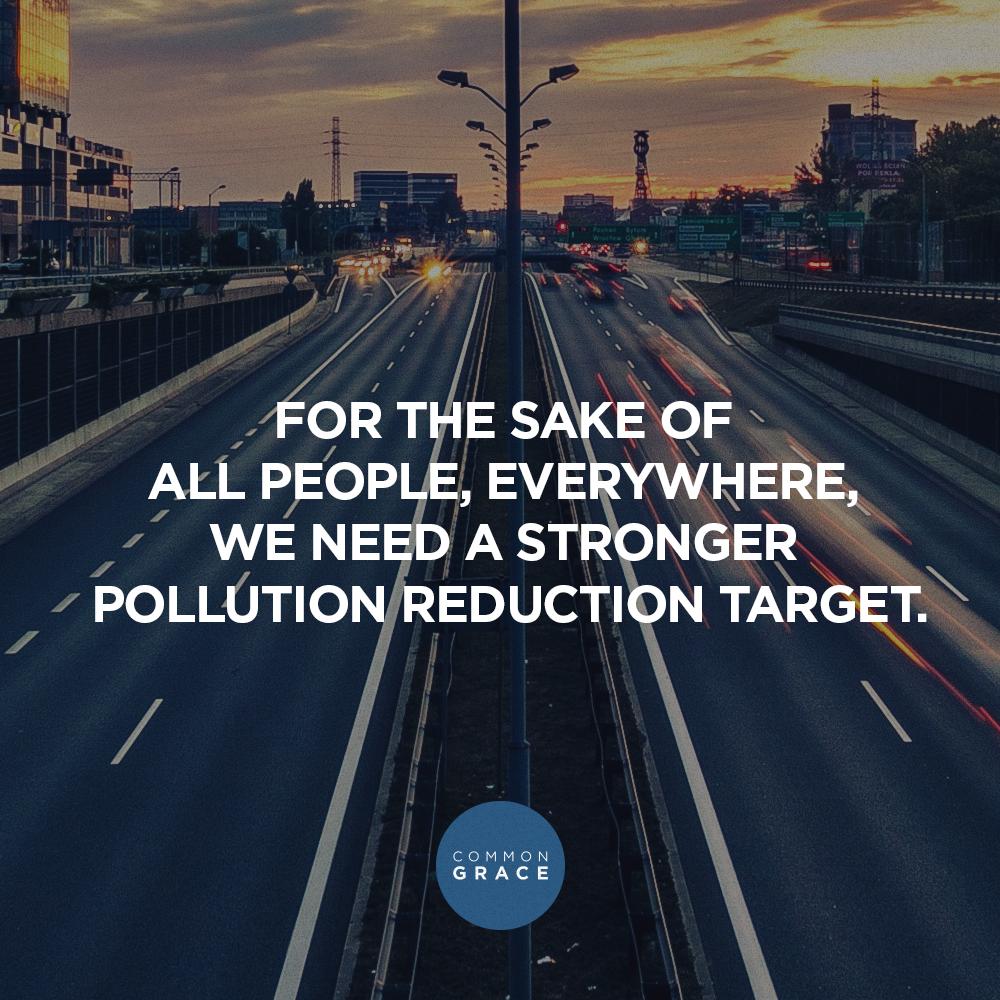 Out of deep love for our neighbours and a passionate concern for the flourishing of God's earth, let’s send an immediate response to Cabinet to urge them to choose a stronger pollution reduction target.

What is a pollution reduction target?

It's Australia's commitment to reducing our contribution to climate changing emissions of carbon dioxide and other gases, expressed as a % reduction from a baseline year by a given target year. Australia uses the year 2005 as a baseline.

Who is the Climate Change Authority?

An independent statutory body comprised of a mix of leading scientists and economists tasked with evaluating the latest science and global policy contexts to recommend an appropriate Australian reduction target. By legislation the government is not bound to implement their target but must explain why if they reject it.

Why do Australian emissions matter? Don't others contribute far more?

Australia punches above its weight in our contribution to this problem. We have some of the highest per capita domestic emissions as well as the world's largest coal export industry. We also punch above our weight in global influence, as a wealthy nation with much to lose from climate change and a great capacity for clean energy, we ought not to be at the back of the pack (as we currently are). And as Christians, who wish to be generous in grace following our Lord's self-giving, it seems strange to aim for a minimal approach when it comes to loving our neighbour.

Why is Common Grace calling for the Climate Change Authority's target to be a minimum?

The Climate Change Authority recommends targets considerably stronger than those put forward by the government. Yet according to climate models, even the CCA targets are insufficient to give a high chance of remaining below the already dangerous level of 2C of global warming.

The Climate Institute's John Connor says “As they are, the suggested targets [from the CCA] may not be enough to help achieve the internationally agreed goal of avoiding 2C warming above pre-industrial levels. These targets should be considered the bare minimum, at best, when it comes to climate credibility as well as Australia’s carbon competitiveness.”

Why do Christians care about Climate Change?

You can read about why Christians care about climate here.