Over the past two Friday afternoons, I took part in a peaceful protest, an act of solidarity with the refugees being held against their wishes at the Kangaroo Point Central Hotel in Brisbane. People from refugee backgrounds detained in facilities all over Australia are experiencing heightened anxiety because of their close confinement and inability to comply with social distancing protections during this period of threat from COVID-19.

I walked around the block of the hotel, exercising, and upholding social distancing laws. Each time I passed by the hotel I got to stare into the faces of the dozens of refugees and asylum seekers trapped there, holding up heartbreaking signs that pointed to their ongoing daily reality. Seeing their faces, the signs, and the security guards at every possible entrance point was extremely confronting. This was no longer just a news article or photo on social media, this was so real, and only 10 minutes from home! 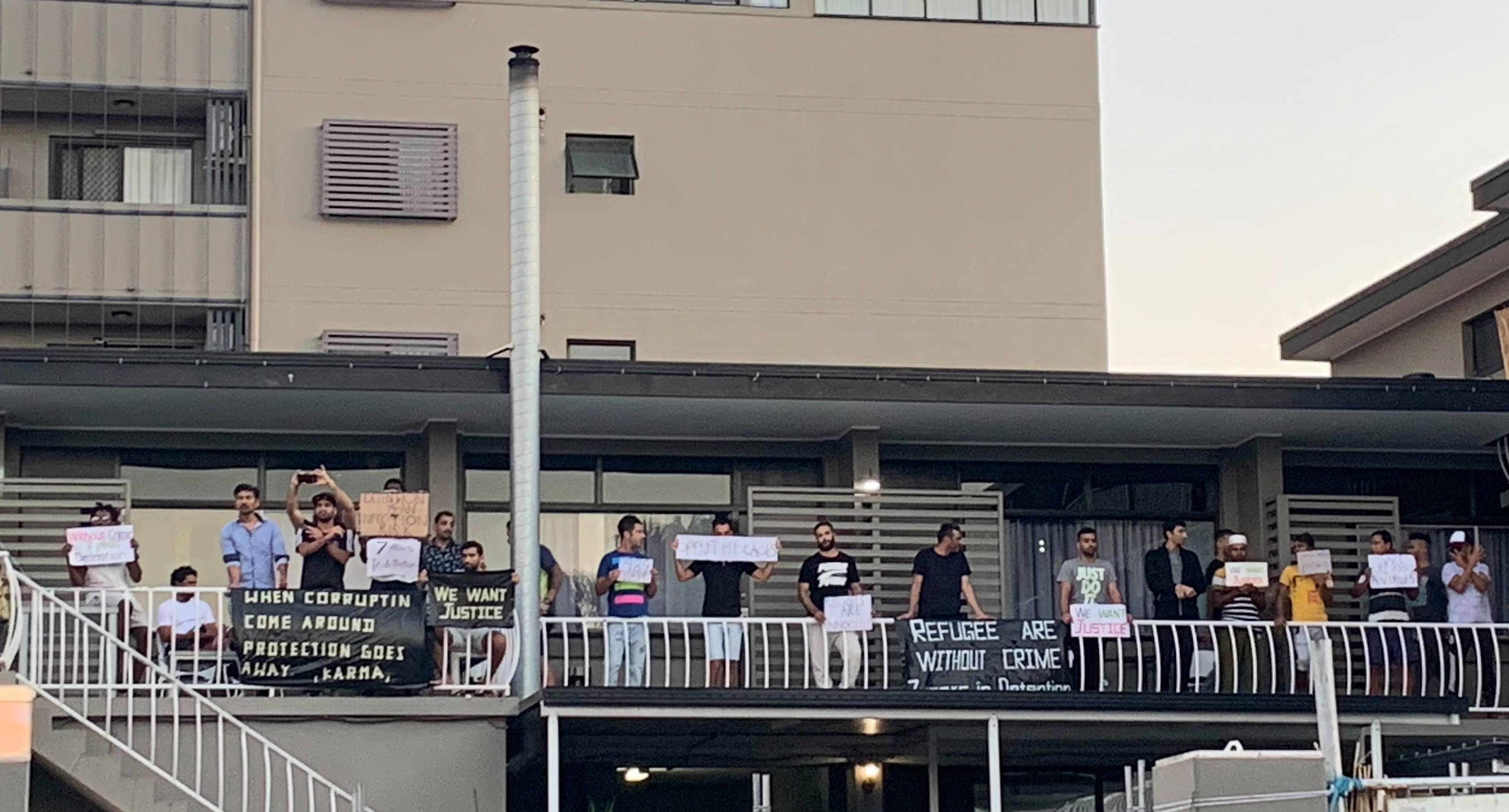 Many of these men were transferred to Australia from Manus Island and Nauru in 2019 for urgent medical care under the now repealed Medevac legislation. There have been numerous reports of inhumane conditions like overcrowding in the hotel, limited access to open spaces, and constant supervision by security. These conditions would create a heightened risk to physical and mental health under normal circumstances for people who are already vulnerable. Added to this is the risk of COVID-19 (one of the security guards even tested positive for coronavirus in March!). Hotels like the Kangaroo Point Central in Brisbane and the Mantra Bell City in Melbourne, continue to be used as alternate places of detention despite recommendations against current practices by the Australian Human Rights Commission and the Department of Home Affairs.

As I walked around and around the block, I listened to the song ‘Refugee’ by David Brymer, being reminded that Jesus empathises in every way with these people. God is with them and cares for their situation. And as I walked, I prayed. I prayed for justice, for love, compassion and generosity to abound in the hearts of decision makers and people in power. And I prayed for freedom and healing over these refugees.

‘My Savior was born a refugee

Was hunted in His own country

From heaven an unplanned pregnancy

Adopted by His own family

Who could have thought?

Who could imagine this kind of love?

God has blood pouring out

On a cross we made

God has a face, God has a name’

God has a face, God has a name. In the same way, these refugees have a face, they have a name. So let’s see their faces, learn their names, and pray and take action for their freedom.

If you would like to learn more about the struggles people seeking asylum and refugees face during this period of immense uncertainty due to COVID-19 check out this photo essay.

You can also lodge a complaint to the Health Minister  over the ongoing public health risk to people seeking asylum still held in detention despite  the COVID-19 crisis.

Common Grace has signed an open letter to the PM with 186 other justice organisations to ensure #NobodyLeftBehind, ensuring people seeking asylum, refugees and other vulnerable groups are included in COVID-19 responses, read the letter here.

Bianca Manning is a Gomeroi woman and an emerging young Aboriginal Christian Leader from Newcastle. Bianca is a Social Worker, Common Grace's Communications Officer, and she is currently living in Brisbane studying at The Academy with Glory City Church.