This action has now ended. If you would like to take action on a similar issue, view our current actions. 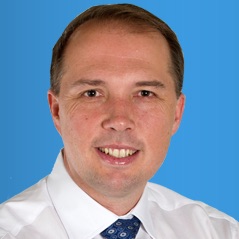 What to say when you're on the call:

Then when you're done, register your call below.

An Iraqi man who is being held at Villawood Detention Centre is facing imminent deportation back to Iraq, with his original application seeking asylum in Australia denied, and his appeal dismissed on the technicality of being filed too late.

The man has been on a hunger strike and has diminished health as a result.

We have grave concerns that Saeed faces danger upon his return to Iraq, and that he has not had the access to justice in Australia that we consider fair.

The ONLY chance we have of saving Saeed from deportation is if our politicians believe that the Australian people want it. That's why we're asking you to contact Immigration Minister Peter Dutton who has the final say whether Saeed's application will be reviewed, or if he'll be deported.

We know that a personal phone call always ‘ranks higher’ with our govt leaders in terms of showing how important an issue is to voters. And fair enough, too, right? It does cost us all a little bit more time and effort to make a call – we get it! That said, if you'd prefer to email you can do that here.

Want to know a bit more before you call? Catch up on the details of Saeed's case here.