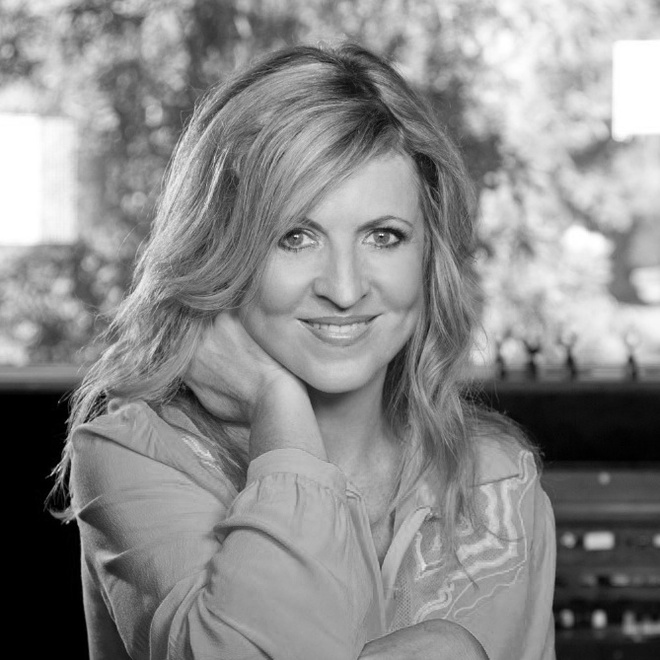 This Easter Day celebrate the wonderful news of resurrection! Jesus' love conquers all things and nothing can separate us from the love of God! Pastor Darlene Zschech reflects on resurrection and how it sends us out in love.

Darlene Zschech is acclaimed all over the world as a composer, worship leader, pastor and speaker, most notably for her involvement in the music from Hillsong Church, Sydney over many years. Although she has achieved numerous gold albums and her songs are sung in many nations of the world. Darlene’s success simply stands as a testimony to her life’s passion for serving God and people with all her heart. Alongside her husband Mark, they are the Senior Pastors of Hope Unlimited Church (HopeUC) on the Central Coast of New South Wales, Australia.

Early on the first day of the week, while it was still dark, Mary Magdalene went to the tomb and saw that the stone had been removed from the entrance. So she came running to Simon Peter and the other disciple, the one Jesus loved, and said, “They have taken the Lord out of the tomb, and we don’t know where they have put him!”

So Peter and the other disciple started for the tomb. Both were running, but the other disciple outran Peter and reached the tomb first. He bent over and looked in at the strips of linen lying there but did not go in. Then Simon Peter came along behind him and went straight into the tomb. He saw the strips of linen lying there, as well as the cloth that had been wrapped around Jesus’ head. The cloth was still lying in its place, separate from the linen. Finally the other disciple, who had reached the tomb first, also went inside. He saw and believed. (They still did not understand from Scripture that Jesus had to rise from the dead.)Then the disciples went back to where they were staying.

Now Mary stood outside the tomb crying. As she wept, she bent over to look into the tomband saw two angels in white, seated where Jesus’ body had been, one at the head and the other at the foot.They asked her, “Woman, why are you crying?” “They have taken my Lord away,” she said, “and I don’t know where they have put him.”

At this, she turned around and saw Jesus standing there, but she did not realize that it was Jesus.He asked her, “Woman, why are you crying? Who is it you are looking for?” Thinking he was the gardener, she said, “Sir, if you have carried him away, tell me where you have put him, and I will get him.”Jesus said to her, “Mary". She turned toward him and cried out in Aramaic, “Rabboni!” (which means “Teacher”).Jesus said, “Do not hold on to me, for I have not yet ascended to the Father. Go instead to my brothers and tell them, ‘I am ascending to my Father and your Father, to my God and your God.’”Mary Magdalene went to the disciples with the news: “I have seen the Lord!” And she told them that he had said these things to her.

If you’d like to read more of the Easter Story across the long weekend, today we’d recommend you read John 20.

What do the Mary and the disciples find at the tomb?

Can you imagine the confusion the disciples are feeling? How do you think they would have begun to understand the situation?

What further discoveries does Mary make? Note: up until now in the Gospel of John, Jesus has referred to the Father as 'the Father' or 'my Father'.

When you think of what the resurrection accomplishes, what stands out for you?

What does an Aboriginal Pastor, a Catholic Environmentalist, an Anglican Dean, a Uniting theological lecturer, a young Anabaptist changemaker, a Pentecostal worship leader and a Baptist missiologist all have in common? A concern to listen to the voice of Jesus as he calls us to love our neighbours! The church is beautiful when it stands in unity.

Every Easter the National Council of Churches of Australia releases Easter Messages from the leaders of many of its 19 member churches. They are a testament to both unity and to the glory of Easter, the birth of Jesus' church. You can read the messages for this year here.