It began when we asked ourselves what we might be able to do to better serve our community; to create a way that gave people who wouldn’t normally darken the doorstep an opportunity to come openly into our chapel space.

One idea that came forward — appealing to many on our Church Council — was a candidate forum before the State Election. A couple of keen members of the congregation had done something similar a couple of elections ago, and it was remembered as having been a great success.

This year in NSW, we have a state and federal election in quick succession, so Church Council was quick to approve the plan and a small team swung into action. Surprisingly, it was a pretty straightforward endeavour to organise and run — with our local candidates eager to participate in and publicise the event; engaging with the people of their electorate with a positive spirit.

Matthew Wade from the Sydney Morning Herald was a thoughtful and helpful MC, who drew on his experience to manage the dynamics and ensure that questions of substance were put to all candidates in attendance, especially those that were the front runners in the polls. 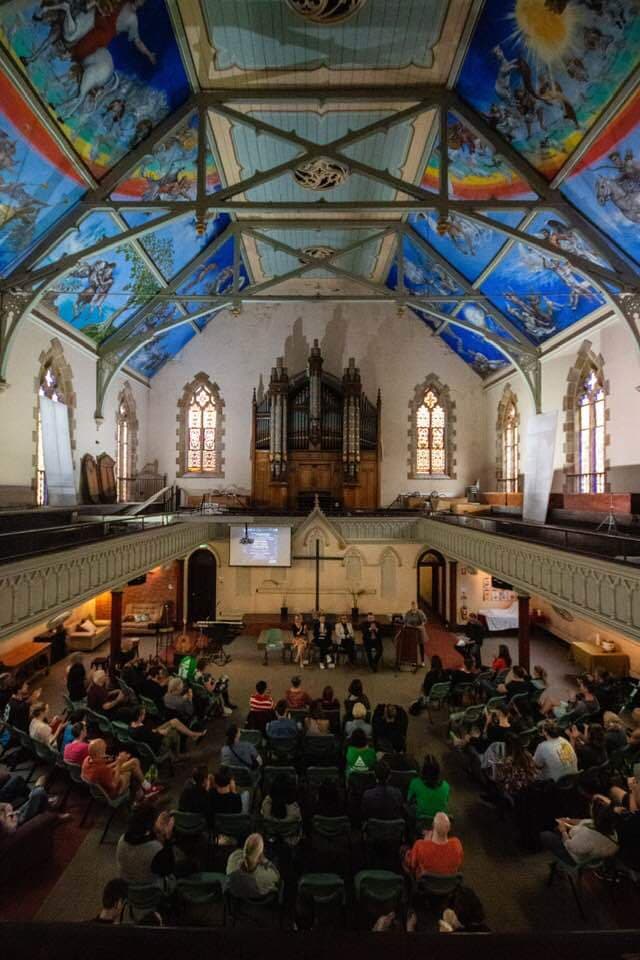 The event attracted a diverse crowd, many of whom had not been into the space before and were happy to hang around and chat afterwards. The event had congregational support and it was a fantastic experience for us to host a community gathering that served a common purpose.

The candidates were very appreciative of the spirit in which the meeting was held, and with high standards of questions and interactions, they were able to focus on policy not personality. We were told this was not so true of another forum that had taken place earlier in the campaign, where access to a public bar had loosened a few tongues!

Speaking to Matthew Wade afterwards, he commented that “the Church can be seen in a very positive light when it serves the community in which it is located. It also provides a forum where candidates can be asked about questions of policy that reflect Christian concern for those on the margins.”

If you’d like to host a candidate forum we’ve put together a series of resources to help you. Go to our Host A Candidate Forum page to find a how to guide, draft invitation email and event program.

Trevor Thomas is a member of the leadership team at Newtown Mission in Sydney’s Inner West. He works in ethical investment and philanthropy with a particular interest in global justice issues and climate change. He worked in economic development in South America and with TEAR Australia before taking on his current roles. Trevor enjoys running, reading and riding (a bike), both by himself and with his partner Jude and their two daughters.