On a beautiful, brisk and sunny Canberra morning we gathered on Ngunnawal and Nambri country, at the lawns of Parliament House to bring the gracious and powerful message of the need for urgent climate action to the heart of our nation’s capital through our Knit for Climate Action.

If you missed our Facebook Live of this event on Parliament House Lawns you can still view here: https://fb.watch/6ldDzYnuun/

We were blown away by the positive support we received and engagement we had with Members of Parliament and Senators on #ShowYourStripes Day, 21 June.

We also had the opportunity to meet with MPs and Senators in Parliament House throughout the day to gift scarves and discuss the need for Australia to develop a bolder, more ambitious and more targeted action plan on climate change. We were able to gift scarves to 21 MPs and Senators with 6 wearing scarves in Question Time in the House of Representatives and the Senate Chamber on 21 June. Zali Steggall MP also gave a powerful speech in Parliament about Common Grace's Knit for Climate Action scarf, specifically thanking Common Grace “for their passion in seeking change and for taking such a creative and unique approach to raising awareness of the need for climate action.” You can view Zali Steggall's full speech here. 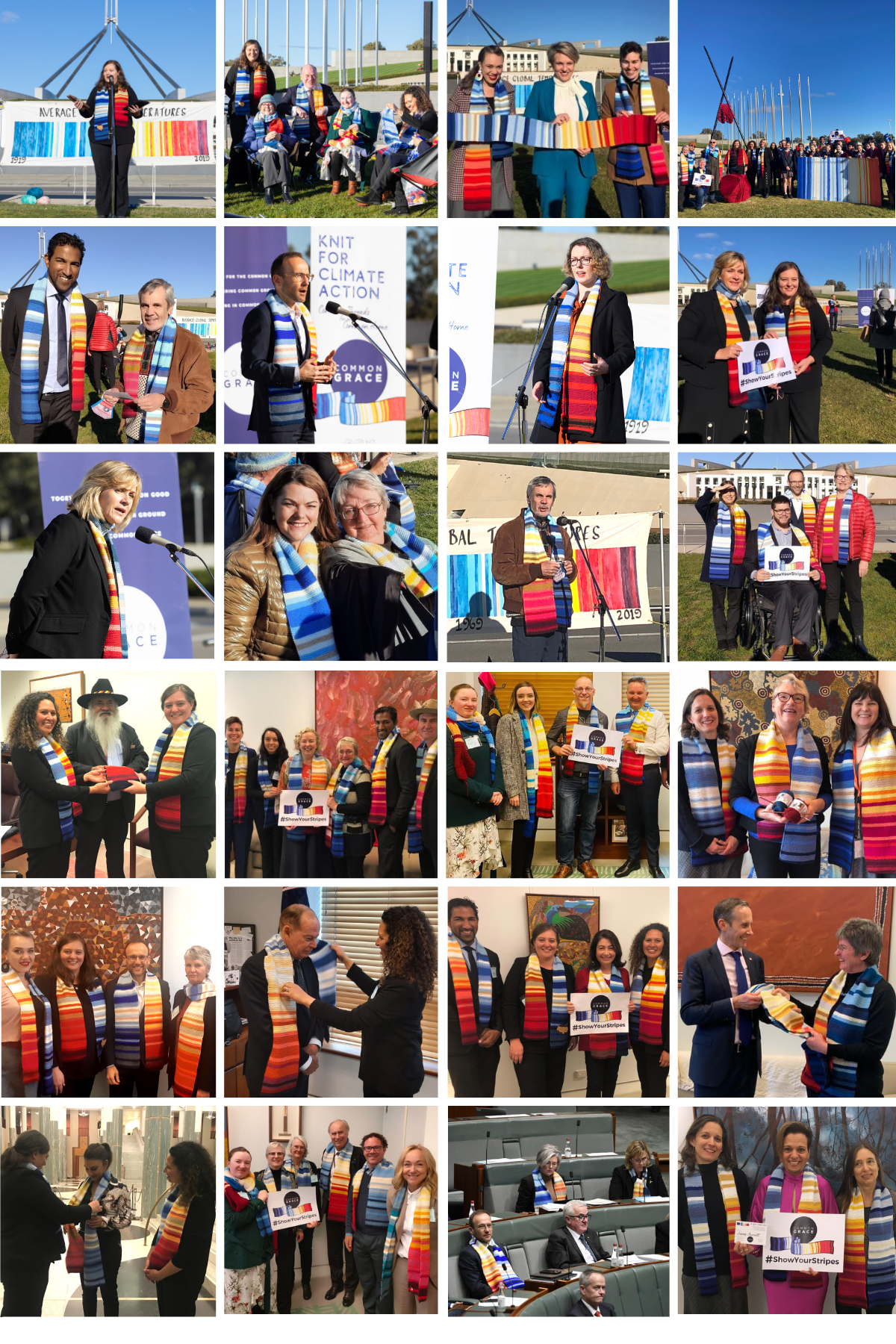 Other highlights and media coverage from our #ShowYourStripes event in Canberra:

We look forward to continuing to meet with MPs and Senators throughout the rest of July - mid October, including on zoom, to gift our scarves and engage in conversations around the urgent need for ambitious climate action.

It is our vision that we will join our voices together again in the lead up to 21 October.This will be our next key moment to call on our Federal Parliamentarians to #WearTheScarf and take bold, ambitious and urgent action on climate change. Read more here.