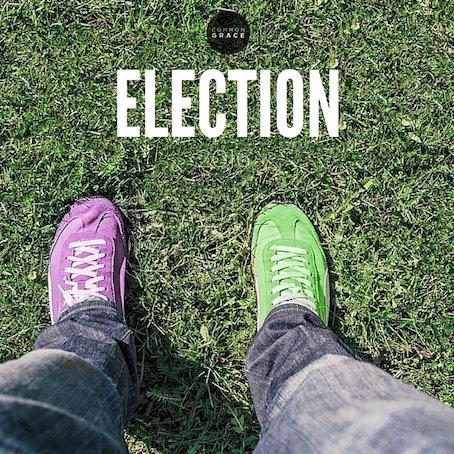 Graham Hill, Vice Principal of Morling College, gives 7 Practices for Hearing & Responding to the Margins (Especially During These Elections)

We often find it difficult to listen to those on the margins. Today, many people are on the margins of society. They often feel socially excluded and invisible. People get pushed to the margins for a variety of reasons: social class, race, skin colour, religion, educational status, living choices, sexuality, and more.

Who are the people that find themselves on the margins today? There are many, and they include the elderly, the young, Muslims, people of colour, indigenous peoples, undocumented migrants, refugees, asylum seekers, many women, particular ethnic groups, poorer families, care givers, and those with disabilities—just to name a few.

I would argue that the margins are growing today. Both Australia and the United States are in the midst of elections. It’s important that those on the margins have a voice and are heard, especially during election periods. Crucial choices are often made during elections, which have real implications for those at the margins.

God doesn’t only place the margins at the center of his love, concern, and mission. He begins movements there. And he speaks to society and culture and church from there.

We don’t merely get a helpful perspective from the margins—God often speaks to us from there.

Here are 7 practices that help us hear and respond to marginalized people. These are especially helpful during election periods, but should be pursued at all times. I’ve listed them as steps, but, in truth, they are interwoven and often simultaneous.

The first step is to recognize and repent of our complicity in injustice, discrimination, and processes of marginalization.

This is difficult. We often don’t see how we’ve contributed to the problem.
We need to ask ourselves difficult questions.

How have my attitudes and practices disadvantaged the elderly, Muslims, people of colour, indigenous peoples, undocumented migrants or refugees, women, the poor, those with disabilities, and other groups? How have my choices and preferences and attitudes silenced and marginalized these groups? How do my political decision compound the problem? Then, how do I repent and embrace the mind of Christ?

The Gospel of Luke describes Jesus’s concern for those marginalized in society. Jesus identifies with the outcast. He prioritizes them. As I said, Jesus himself was from the margins. Jesus identifies with, welcomes, hears, and prioritizes the poor, the sinners, the women, the sick, the rejected, and the outcast. His concern for the margins is scandalous. It’s in sharp contrast to the spirit of his age and to the nationalistic, uncompassionate religiosity of other religious leaders.

In this process of repentance, we join Jesus in compassion, welcome, and friendship. Jesus welcomes to table fellowship those who are usually shunned. Jesus was crucified because of the people he ate with. Our repentance leads to us to the same table fellowship.

The next step is equally difficult. We must relinquish power.For most of us, our power is found in our wealth, education, gender, profession, and race. Power can be destructive and divisive. But it can also be healing and nurturing when it is released, and when it is used for other’s wellbeing and human flourishing.We relinquish power when we truly listen to those who’ve been marginalized. We relinquish power (and we use what power we have for good) when we use all our energies to make sure the marginalized are heard, respected, profiled, and responded to. We relinquish power when we seek to give power away, and move the margins to a welcoming center—a multi-voiced, multi-peopled, multi-cultural, new creation, new humanity center.

In addition to relinquishing power, we should also seek to restore justice.

Restoring justice also involves listening to the concerns and perspectives of others, even when these seem to address issues that don’t directly affect us. And it involves standing up for the rights and wellbeing of others—even if their wellbeing or prosperity or flourishing seems only indirectly related to ours, and even when their wellbeing comes at our expense.

As Christians, we should relish and respect diversity. Christianity is an extraordinary mosaic of cultures, peoples, ethnicities, traditions, theologies, personalities, and groups. The Spirit of Jesus Christ unifies us.

Where we feel we can’t relish diversity, we should at least respect diversity. This means that we don’t “lord it over” those who are different from us. We don’t seek to colonize, patronize, domesticate, exclude, homogenize, attack, or silence them.

We recognize Christ in the stranger and foreigner, and offer welcome, hospitality, and embrace.

In pluralistic, multicultural, multi-religious settings, respecting diversity also means that we respect those from different religious or philosophical traditions and cultural backgrounds. We can hold firmly to our Christian convictions and beliefs, while showing respect and honor to others.

Christians have important roles to play in this regard. And, thankfully, we often do this in cooperation with other groups. Our role is to do the following:

(a) To provide spaces for those at the margins to speak and be heard (to articulate their concerns, interests, and perspectives).

We must also reinforce agency. Agency is the capacity of a person or group to act independently, decisively, and freely in any given environment.

(b) To listen deeply and attentively to their perspectives, and what God is saying to church, society, and culture through them.

(c) To resource them as they pursue and express agency.

(d) To stand with them as advocates and allies, as they seek to name and understand their strengths, problems, and perspectives.

(e) To support those at the margins, as they cultivate agency, voice, wellbeing, and human flourishing.

(f) To name the crucial relationship between the Christian gospel and the Galilean Jewish Jesus who was himself from the margins (and the triune God of Israel, who pursues his redemptive purposes form the margins of humanity and history).

(g) To find creative ways to ensure that the voices and perspectives of marginalized people are heard by political parties, politicians, and other elected and civic leaders.

(h) To join with those (through carefully selected Christian and non-Christian groups) who are seeking to ensure that these voices are heard and respected and responded to during the current election.

We must also seek to renew partnerships.

In The Christian Imagination, Willie James Jennings tells a story from his childhood. He tells a story about how white Christians where oblivious to the faith, dreams, and needs of African-Americans in their very street and neighborhood.

True partnerships are about genuinely seeing and hearing and engaging with the “other.” Such partnerships require us to work through power dynamics, so that these become equal, mutual, and reciprocal partnerships.

Marginalized people mustn’t be recipients. They must be partners.

Finally, the voices, perspectives, gifts, and graces of marginalize people can revitalize our churches and mission. We are also revitalized as these 7 practices lead us to form new theologies, habits, and relationships.

Jayakumar Christian reminds us that we are revitalized as marginalized groups: (1) disrupt and disturb the status quo, (2) challenge us to embrace a holiness that’s relational and inclusive, (3) create ripples of transformation, and (4) lead us to form a whole-of-life, missional spirituality.

We become churches and Christians that reflect the values of the kingdom of God, and that join with the triune God in his mission in the world.