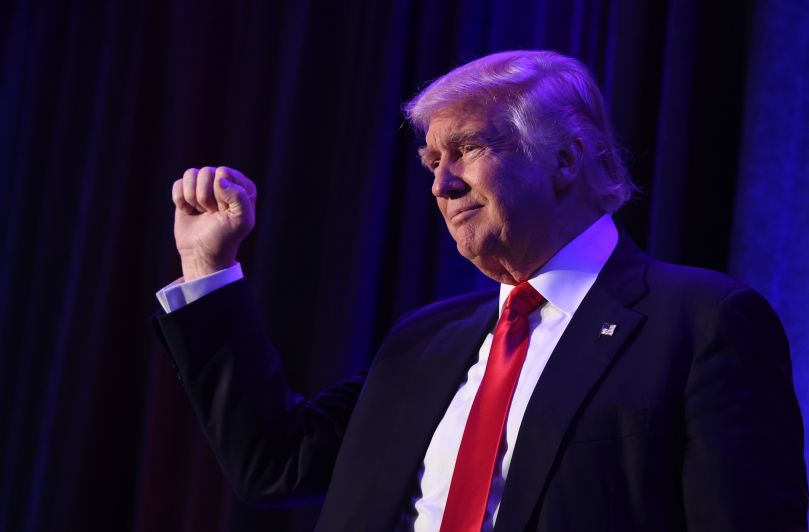 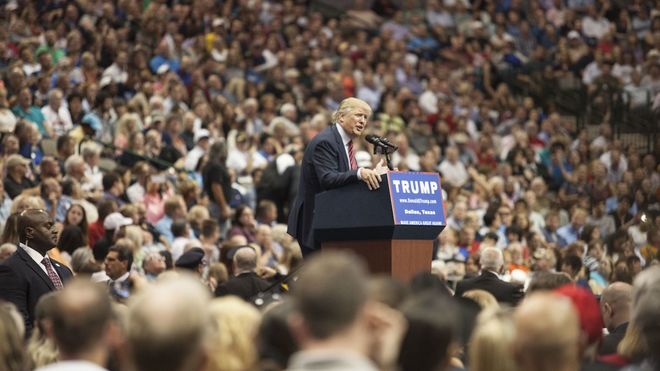 Donald Trump and the Politics of Resurrection

The unthinkable happened. The United States elected Donald J. Trump as their President. Many Christians have responded by saying “Jesus is Lord”. He is. That’s a comfort. But what does it mean? And how does it help?

The unthinkable happened. The United States elected Donald J. Trump as their President. It was always possible. Some wise commentators even said it was probable. But few of us believed it would really happen.

President-Elect Trump seems to be everything our Western liberal societies are supposed to have moved beyond. He is a bigot, a misogynist, a man with question marks hanging over his business ethics, and he was elected on a platform of racism, divisiveness, and anti-climate rhetoric. He stands vocally opposed to much that Christians cherish. The man is, frankly, disgusting—and not fit for the office.

Many Christians have responded by saying “Jesus is Lord”. He is. That’s a comfort. But what does it mean? And how does it help?

“Jesus is Lord”—a standard New Testament summary of the gospel—is an unavoidably political claim. The resurrection and ascension of Jesus marks him out as the one true judge over all the earth (Acts 17.31). Jesus Christ has relativized all political rule under his own: ‘having disarmed the powers and authorities, he made a public spectacle of them, triumphing over them by the cross’ (Colossians 2.15).

The resurrection and ascension of the crucified Christ declare to all in power and exercising authority: you have been put on notice. Your time is limited. You task is to promote justice and restrain evil until the Lord Jesus returns (Romans 13.1–7; 1 Peter 2.13–14).

Our rulers don’t always do that, of course. Part of our witness is to remind them what their true task is and who really rules. Christians are people who have been brought under that rule and live to point others to it. Because Jesus is always Lord, that central task remains for us the same.

What does that mean now that Trump will be President? In one sense, the same as what it meant when George W. Bush was President, when Barack Obama was President, and would have meant if Hillary Clinton had become President.

We need to speak truth to power with sober grace. We need to embody a community shaped by our Christ-shaped vision of a world made new, in which people from all nationalities find unity in the worship of the Lamb (Revelation 7.9), a place ‘where justice is at home’ (2 Peter 3.13).

That vision moves us to stand against all manifestations of racism; against all forms of subjugation of women; against all instances of economic, military, and legal oppression; against all threats to the coherence and habitability of the world God created and loves. We must speak against these gross injustices whenever we see them—even (especially!) when we see them in a Prime Minister or a President.

We need to do this with sober graciousness and humble efforts to understand those with whom we disagree. We need to do it prayerfully. But do it we must.

We do all this from the vantage point of the resurrection and ascension of Christ: looking back to the cross, ready to let go of our own comfort, our own rights, our own desires for the sake of others; and looking forward to the hope of a world made new at his return, when all powers and authorities will be exposed for what they really are.

So this is what it means to proclaim that “Jesus is Lord” in this historical moment—and at every other: we have work to do.

Richard is a student at Moore Theological College in Sydney. He is married to Alison, and has degrees in history and political economy.

This article is part of a series of Christians reflections on the recent US election.
See also Hwvar Khoshnow's reflection: "Disappointed, but not defeated"