THANK YOU TO THE ALMOST 1000 PEOPLE WHO SIGNED THE OPEN LETTER!

A group of diverse Christian leaders delivered the letter this morning. You can read about it here. 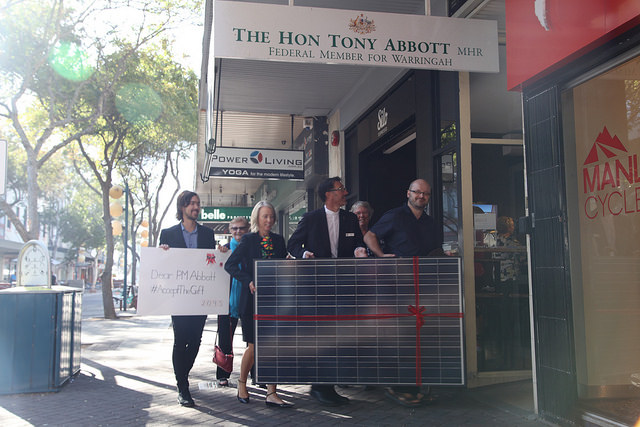 You can see some of the media the story has been getting below the letter.

You can still add your name to the open letter in reply to the government's rejection of the solar panel gift to the right, and any further names will contribute to showing that Australians want to see a strong Renewable Energy Target. 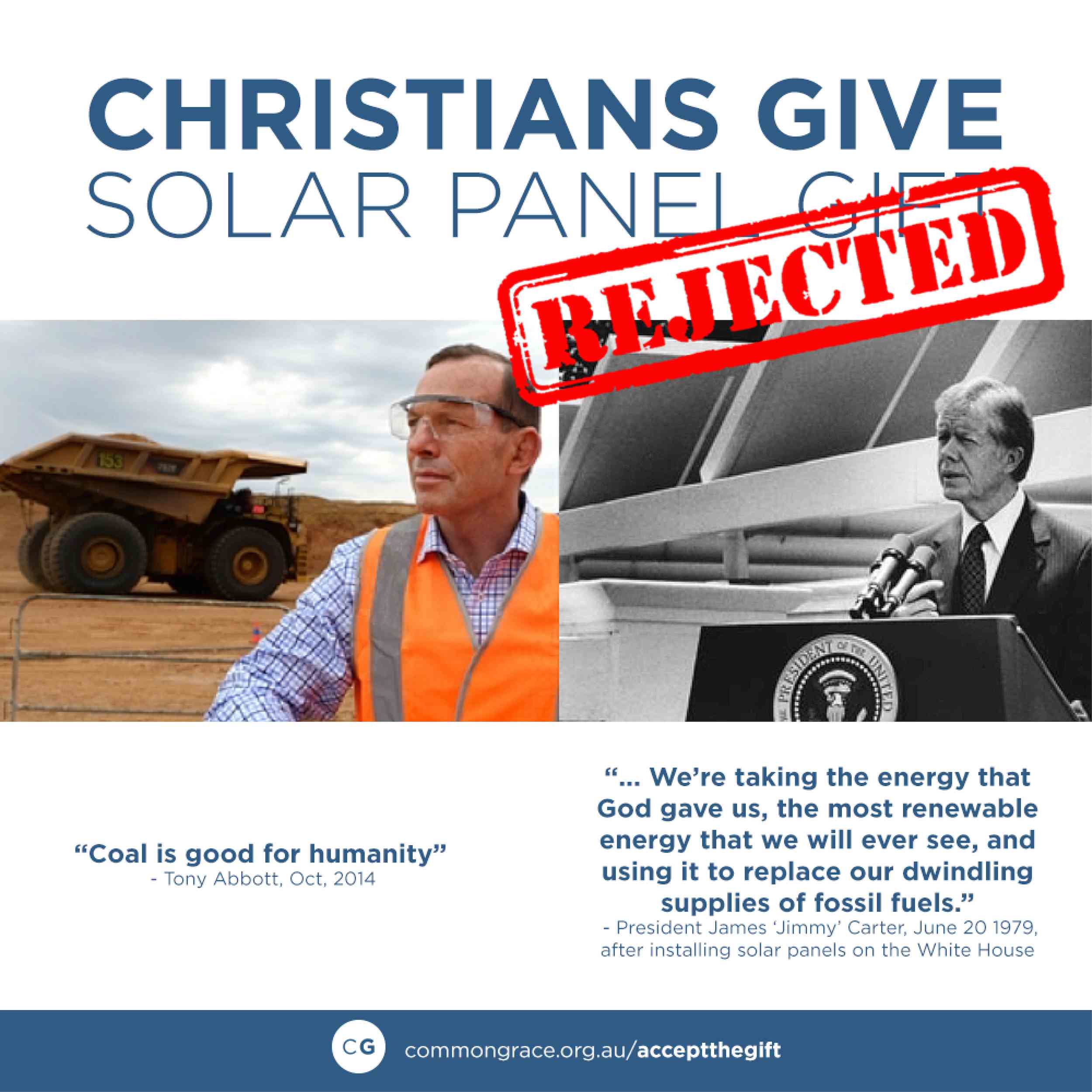 We are disappointed that the Government has rejected the gift of solar panels for Kirribilli House that was crowd funded last Christmas by 142 Christians. We had hoped you would accept them as a great first step to get Australia moving towards a strong Renewable Energy Target.

We understand that the reasons for declining the gift are Kirribilli House’s heritage listing, ongoing costs of cleaning and maintenance, and security concerns. So we did some research and found many people in your home state and abroad have overcome these challenges.

Sydney Lord Mayor Clover Moore informed us that the City of Sydney has already installed 5,500 solar panels on nearly 30 buildings including ones with irreplaceable heritage value such as Sydney Town Hall. We discovered Australia’s own actress, Cate Blanchett, installed 1,906 solar panels on Sydney Theatre Company heritage building. I’m sure she’d be willing to give some pointers if you gave her a call?

On cleaning concerns, John Grimes, CEO of the peak body of the solar industry in Australia (Australian Solar Council), informed us that solar panels do not require ongoing cleaning or yearly maintenance - they are cleaned by the rain. Some utilities require a check of the inverter, but this can be done on the ground every five years.

Looking abroad, did you know that President Carter managed to get solar panels installed on the White House way back in 1979? And Pope Benedict negotiated the same kinds of hurdles when he accepted a gift of 2700 solar panels providing clean energy to the Vatican in 2008.

Prime Minister, we believe that a man in your position can overcome challenges like heritage listings and cleaning concerns and choose a brighter future for all Australians. We therefore urge you to implement a strong Renewable Energy Target and accept the gift of solar panels for Kirribilli House, as a powerful signal to the world that Australia’s renewables industry is officially open for business.

The Big Smoke: Dear PM, #AcceptTheGift of solar panels and do your bit to save the planet