I have been supporting Aunty Jean Phillips as an Aboriginal Christian Leader with organising seminars and gatherings for over seven years now.

When I started out we would put on an event that we had advertised well, and often only five people would turn up. The first time this happened I was so perplexed and confused, and I would ask Aunty Jean why more people didn’t turn up. Her response is one that has stuck with me for the last seven years: “It’s not about the numbers, it’s about one person’s heart at a time, one person coming on the journey at a time.” The wisdom of over 60 years of Aboriginal Christian ministry in one sentence. One person having a change of heart. 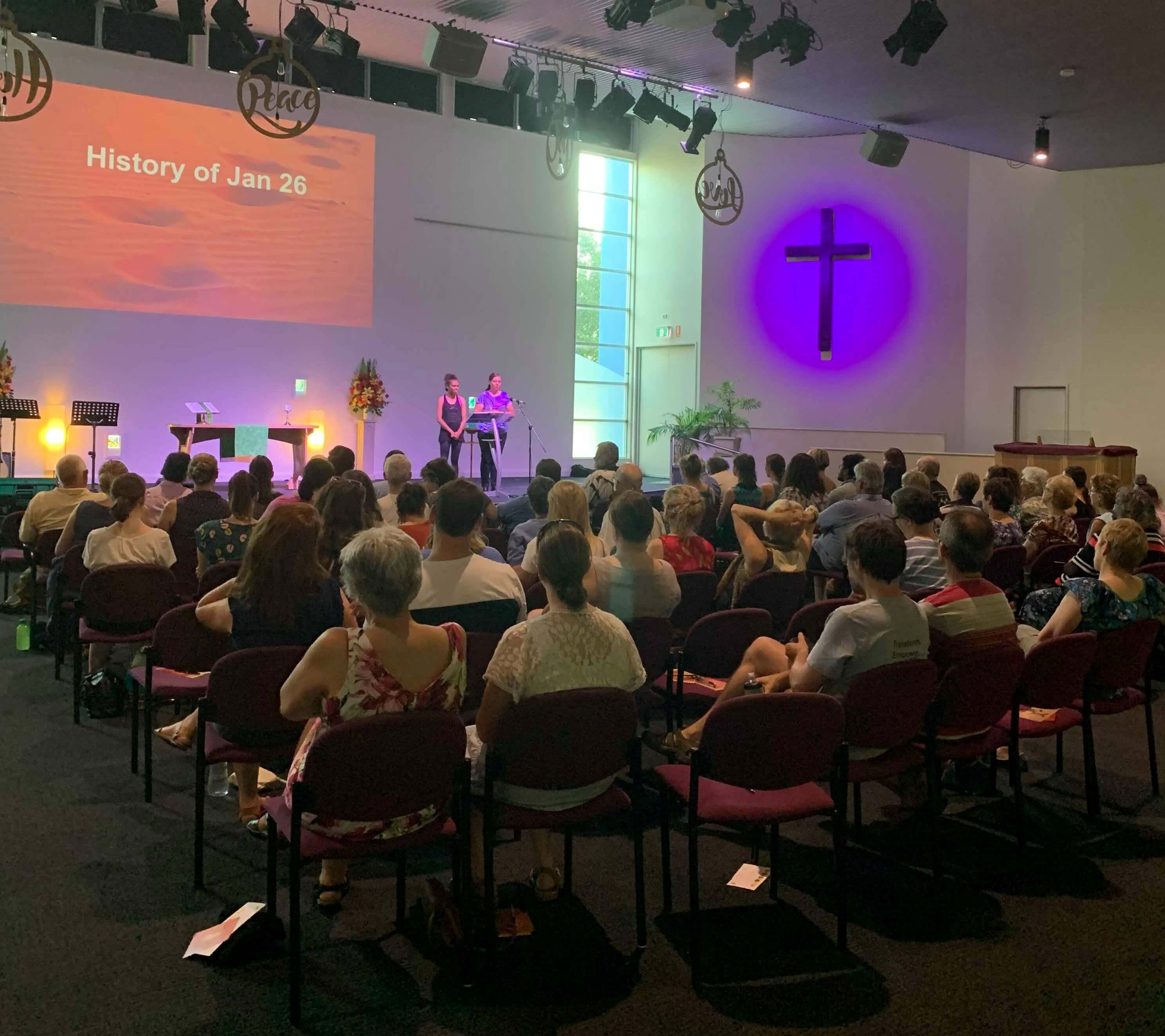 I was witness to the strength and depth of Aboriginal and Torres Strait Islander Christian Leadership. We stood together in many locations and to stand beside my brothers and sisters and read out the statistics and remind non-Aboriginal people we are talking about ourselves and our family, it’s one of the most powerful moments but also the hardest. We shared the Grasstree Gathering with you and shared our grief of the leaders we have lost in the past year.

I was witness to the reality of climate change. I travelled these lands now called Australia in nearly unbearable heat. On Kaurna country for the Adelaide service in 46.6 degree heat – their hottest day in the history of records – it was so hot I could barely open my eyes. On Ngunnawal country for the Canberra service in 41 degree heat; Yuggera, Jagera country in Brisbane in 33 degree heat; Gadigal country in Sydney and Wurundjeri country in Melbourne in 30 degrees; and on Noongar country in Perth I froze with 17 degrees. Tasmania burned and the rain didn’t stop in North and Central Queensland. The understanding of how the past affects the present – in terms of colonisation’s impact on the environment, the need to listen to Aboriginal peoples knowledge of the lands and waters, and for all of us to fight for creation – is so important.

Together, during this time, we were witness to all children in offshore detention centres being released. To #ChangeTheHeart of Australia is possible. When one joins one, and another, and another. I was witness to seeing something I have been praying for over seven years – one plus one, plus one, plus one – as over 2,000 Australian Christians responded to Aunty Jean Phillips call to prayer for our nation...Thank you. 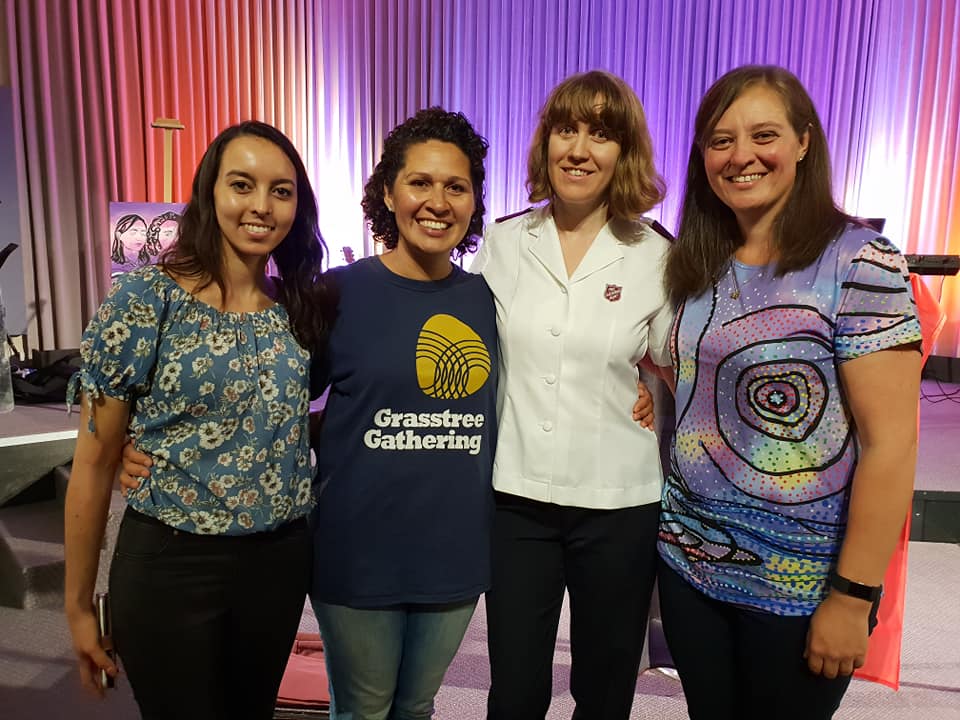 These Jan 26 prayer services are now a national annual event. We need you to block out your diary from 16 to 25 January 2020 because sometime during that week and a half will be a Prayer Service in your Capital city or Regional city. If we didn’t host a service in your town and you would like to host a service for Aunty Jean and us please get in touch at [email protected] We also need you to invite others.

All of you who attended one of Aunty Jean Phillips Jan 26 #ChangeTheHeart prayer services showed us how important community is, how important solidarity it, how important listening, learning, and acting is. We know it is the cross that brings us together – it is the cross that jumps congregation, denomination, privilege, class, and race – it is the cross that closes the division. Let’s walk, talk, and pray to Jesus so we can be part of the generation that not only bears witness to, but who are actively engaged to #ChangeTheHeart of Australia. If we play our role and allow Jesus to change our heart, and work to #ChangeTheHeart of Australia, we will see justice for Aboriginal and Torres Strait Islander peoples, justice for Climate and Creation, justice for those living with Domestic and Family Violence, and justice for Refugees and Asylum seekers. Our peoples need it, our lands and waters need it, I need it. Lord may it be so.

Brooke Prentis is a Waka Waka woman, Aboriginal spokesperson for Common Grace and coordinator of the Grasstree Gathering.