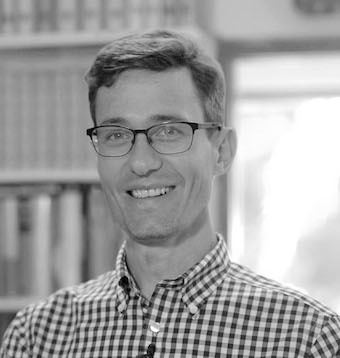 Dr Ben Myers is a Lecturer in Systematic Theology at United Theological College. His interests span from theology to literature, political thought, and contemporary culture. He has been a fellow of the Center for Theological Inquiry in Princeton, a visiting scholar at Fuller Seminary, and is an Honorary Research Advisor to the University of Queensland’s Centre for the History of European Discourses.

Ben is a regular lay preacher and a leader of numerous seminars, workshops and retreats around the country. He is also a member of the Uniting Church’s national Working Group on Doctrine, and he discusses theology, books, and culture on his theology blog, Faith and Theology.

Now it was the day of Preparation, and the next day was to be a special Sabbath. Because the Jewish leaders did not want the bodies left on the crosses during the Sabbath, they asked Pilate to have the legs broken and the bodies taken down.The soldiers therefore came and broke the legs of the first man who had been crucified with Jesus, and then those of the other.But when they came to Jesus and found that he was already dead, they did not break his legs.Instead, one of the soldiers pierced Jesus’ side with a spear, bringing a sudden flow of blood and water.The man who saw it has given testimony, and his testimony is true. He knows that he tells the truth, and he testifies so that you also may believe.These things happened so that the scripture would be fulfilled: “Not one of his bones will be broken,”and, as another scripture says, “They will look on the one they have pierced.”

Later, Joseph of Arimathea asked Pilate for the body of Jesus. Now Joseph was a disciple of Jesus, but secretly because he feared the Jewish leaders. With Pilate’s permission, he came and took the body away. He was accompanied by Nicodemus, the man who earlier had visited Jesus at night. Nicodemus brought a mixture of myrrh and aloes, about seventy-five pounds.Taking Jesus’ body, the two of them wrapped it, with the spices, in strips of linen. This was in accordance with Jewish burial customs. At the place where Jesus was crucified, there was a garden, and in the garden a new tomb, in which no one had ever been laid. Because it was the Jewish day of Preparation and since the tomb was nearby, they laid Jesus there.

What do we learn about Holy Saturday from the text?

Interestingly, on this day the Eastern Orthodox church uses this chant (Matins Canon of Holy and Great Saturday, Ode 4):

Today Thou dost keep holy the seventh day,
Which Thou has blessed of old by resting from Thy works.
Thou bringest all things into being and Thou makest all things new,
Observing the Sabbath rest, my Saviour, and restoring strength.

What does this passage tell us about the location of Jesus on holy Saturday?

Dr Ben Myers, in his reflection, speaks of 'silence in heaven and in the tomb' and yet what is his encouragement on this silent day?

Give thanks to God for Jesus’ generous love to death. Commit to him the empty and dark loving you are doing at this time, and pray for both perseverance and for resurrection to come.

'Much of what passes for public discussion on the present global refugee crisis fails to rise above a childish game of goodies and baddies. In this game, some refugees are the “goodies”. They are those, we are told, who are innocent, genuinely needy, perhaps Christian, and willing to totally “buy in” to Australian culture. Other refugees are the “baddies”. They are those who are, at best, queue-jumping, deceitful, opportunists; or, at worst, politically subversive, culturally separatist, infiltrating Islamists.'

Dr Richard Shumack specialises in the study of Islam and philosophy of religion. He discusses the challenge of reflecting on the present global refugee crisis with more than a good/bad binary and invites us into mature love. Have a read of his practical suggestions for avoiding falling in to a goodie/baddie framework.