This week in the lead up to Jan 26 I’ve answered Aunty Jean Phillips call to prayer for our nation. I feel honoured to be able to join eight of the seventeen services.

We kicked off the #Changetheheart Prayer Services last Thursday night in Canberra. It was a meaningful place to begin our journey, in the nation’s capital, where the flames of the campfire of the Aboriginal Tent Embassy are kept alive and continue to burn. 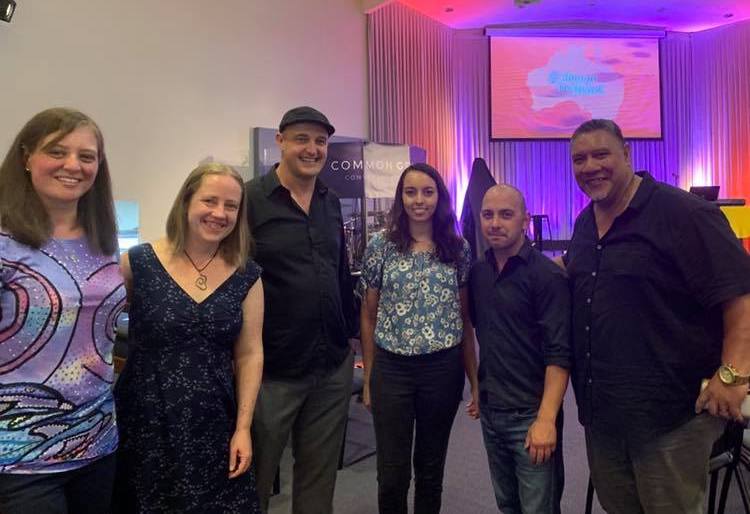 The night prior to the service, Brooke and I and some of the hosts of the Canberra service visited the Aboriginal Tent Embassy and had a powerful time listening to and yarning with our brothers in the fight for justice: Roxley, Uncle Chris, and Trent. We stood in solidarity around the flames of the campfire, and we were told of the significance of this ancient country - the sacred women sites, the sacred men’s sites, and this Aboriginal meeting place of Canberra. The welcome we received in the Tent and around the campfire then extended to the service on Thursday night when Uncle Chris and Trent joined us bringing coals from the fire to do a smoking ceremony. As I walked through the smoke, it was an indescribable feeling to know we had the blessing of the Tent Embassy, a powerful reminder of the struggle, and that I walked through smoke from a fire that’s been kept alive by my peoples since 1972, into a place of prayer, lament, and acknowledgement. 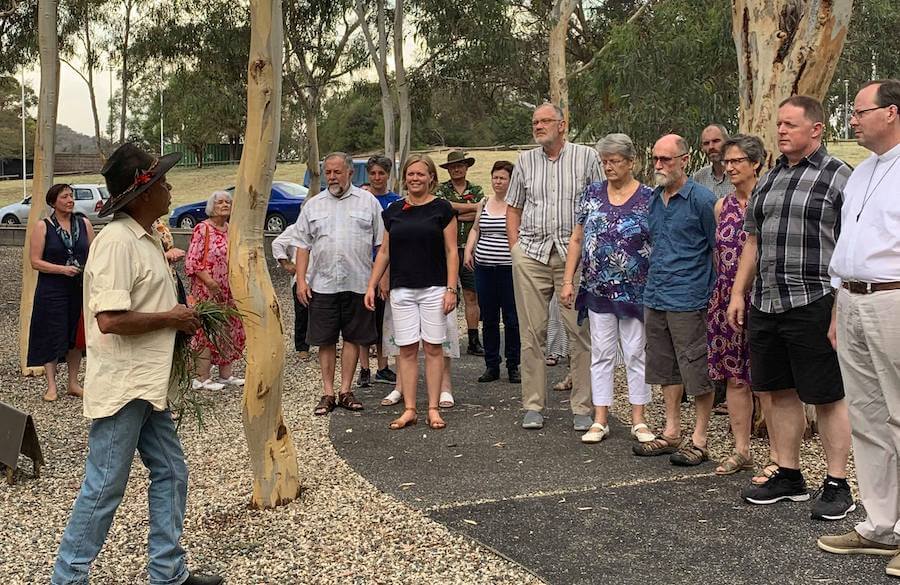 Uncle Chris, an Arrernte elder from Alice Springs, leads a smoking ceremony using the coals from the Aboriginal Tent Embassy at the start of the Canberra #ChangeTheHeart Service.

At the Prayer Service Brooke Prentis shared with our non-Indigenous Christian brothers and sisters the history of January 26 and the truth and daily reality of discrimination and injustice that our people face. As a younger Aboriginal Christian leader, whilst I live this reality and have heard this in societal contexts, particularly through my HSC studies and my Social Work degree, this was actually the first time I had heard it spoken in a church context. In the services, Helen Wright, Creative and Justice Pastor at Newtown Mission in Sydney, and myself perform one of Helen’s songs titled ‘Sister, Why Do You Weep?’ It speaks of the heart cry of pain and injustice that brings us as Aboriginal women to our knees in mourning and weeping, and the empathy that is possible when our non-Indigenous sisters ask the question and listen. As I sing this song, I sing it not only for myself, but my mother, my aunty, my grandmother, and my ancestors. Singing this together for the first time in Canberra, the congregation joined in asking me, sister why do you weep. The collective voice brought tears to my eyes, and I reflected upon my people’s losses, trauma, and tears, deaths in custody, the state of our lands and waters, and the five Aboriginal children who have taken their own lives this month alone.

For me these services echo a deep hunger for truth and a longing that what has been in the dark for so long in many people’s hearts will come into the light and be understood, acknowledged and mourned.

As we sat in the light of this often-hidden truth, we prayed. And through our prayers, hope emerged.

“Blessed are those who mourn, for they will be comforted.” Matthew 5:4