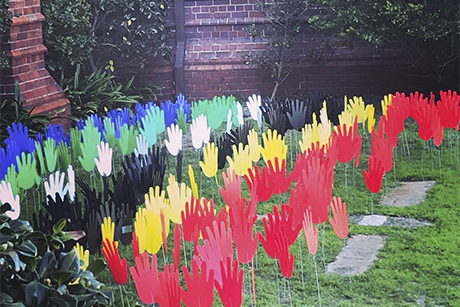 National Reconciliation Week runs from May 27 being the anniversary of the 1967 Referendum that effectively gave Aboriginal peoples full citizenship rights by finally being counted in the national census, until June 3 being the anniversary of the 1992 Mabo decision that effectively overturned the lie our country had lived of ‘Terra Nullius’ – ‘empty land’ or ‘land belonging to no one’.

And do you know how National Reconciliation Week started?

The 1991 Royal Commission into Aboriginal Deaths in Custody had 339 Recommendations – only a handful have ever been implemented.  The final recommendation, Recommendation 339 said, “Initiate a formal process of reconciliation between Aboriginal people and the wider community.”  But it was Christians that led the way when in 1993, the International Year of the World’s Indigenous Peoples, Christians started the Week of Prayer for Reconciliation which was supported by Australia’s major faith communities. In 1996, society caught up to the churches and we had Australia’s first National Reconciliation Week.