How can Non-Aboriginal Christians prepare for Australia Day?

January 2017. My family moved to Brisbane Australia four years ago, and this year, we plan to start the process of becoming Australian citizens.

It is likely that I will need to understand what Australia Day is all about.

Australia Day was born in the public consciousness in 1804 as Foundation Day or First Landing. By 1838, January 26 was known as Jubilee of British Occupation, which really doesn’t sound like much of a party.  In 1888, January 26 was crowned Anniversary Day, marking the centennial of colonization of the land formerly called New Holland.  Fifty years later, though, Aboriginal leaders named January 26 a “Day of Mourning.”  While some Australians understand January 26 as a day of celebration, Aboriginal people remember January 26 as Invasion Day or Survival Day. So who or what are we celebrating this January 26? The many names for this day betray a convoluted and contested understanding of Australian cultural identity.

Perhaps our confusion about Australia Day stems from a type of cultural amnesia—a persistent quality of not remembering the past of all Australians.

For example, when I celebrate Australia Day, I am tempted to look away from the images and memories of those who have lived through—and continue to survive—the establishment of a colonial power in what we now call Australia. As a White person, I am used to seeing this land and its histories from my own cultural standpoint.

In order get ready for a more complete understanding of this land and my place in it, I realized I needed to experience Australian history from those most affected by it. As George Santayana writes, “Those who cannot remember the past are condemned to repeat it.” It follows then, that if I cannot remember the past from the point of view of the original inhabitants of the land, I risk continuing in myself the assumptions of superiority and the validation of Aboriginal political, social, and cultural dispossession. 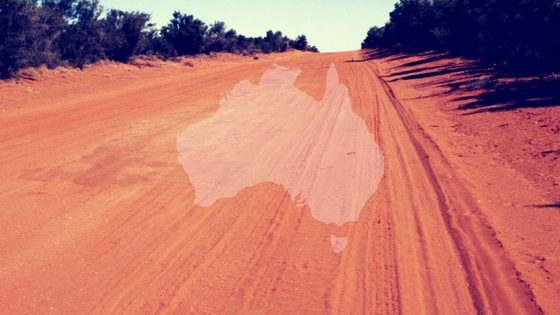 SBS’s historical documentary, The First Australians was an excellent way to address my own cultural amnesia. In the episode 1, I listened to testimony from descendants of the Aboriginal clans who lost everything soon after the First Fleet landed. I learned about Bennelong, who as a charismatic and courageous man, risked everything in order to understand and build bridges between white people and Aboriginal culture.  In episode 2, I was able to consider our collective past from white and aboriginal historical scholars. They told of the infamous Black Line in Tasmania that gave impunity to white farmers and military personnel who engaged in the wholesale slaughter of Aboriginal people. In episode 3, I took the time to witness the love and faith of Pastor John Green and his wife Mary who built strong ties of friendship and respect with Aboriginal people. I witnessed the intelligence and brave persistence of Wunga and Barak as they resisted those in government who worked to undermine Aboriginal success and freedom in the Caronderrk Mission.

I believe The First Australians provides a bridge for us as white Australians to remember the injustices of the past. In bearing witness to these injustices, we can break our cultural amnesia and move forward to face the very real challenges the Aboriginal community faces today.

Social and political challenges are often rooted in the past and present injustices. We must remember that personal histories shape lives. All of our Australian history needs to be acknowledged in order to be healed.

As we prepare for Australia day, perhaps we can perceive the greatness of a people that have survived against all odds.  Maybe we can realize the dignity of Aboriginal culture in the face of near constant efforts to cut Aboriginal people off of from their own families, their land, and even their own lives.

May we follow in the footstep of people like John and Mary Green as they partnered with Aboriginal Christians in their labor to serve the needs of their families, their communities, and their nation.

We are encouraging our whole Common Grace community to watch the SBS series The First Australians (available free online here) to become better acquainted with the history of the Aboriginal and Torres Strait Islander peoples, the first custodians of the land we now call Australia.