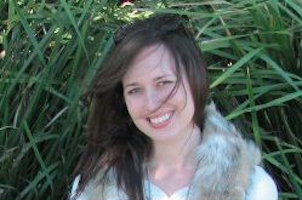 We have been inundated with shocking and heartbreaking images of Syrian refugees lately.  You can’t turn on the news or social media and not come across something.  They caused an outpouring of support from Australians and we’re now providing refuge for 12 000 Syrian refugees which is fantastic.

It’s jarring how different our response is to people seeking asylum in Australia who aren’t a part of this particular crisis.

I never had a ‘come to Jesus moment’ where my opinion about the rights of people who are seeking asylum changed. I grew up in a very compassionate home where I was taught that we should do our best to help anyone in need no matter where they came from.

I wasn’t interested in God as a child though we went to church. My salvation was a significant change in my life and it brought significant changes to me as a person.  Over the years it has challenged many of my beliefs to the point I’m not sure there’s anything I haven’t had to reconsider; including what I think about people who are asylum seekers and refugees.

I first learnt the specifics about Australia’s policy towards asylum seekers when I was in year 9. I was looking for a topic for a public speaking competition and so I asked my dad.  He was busy making dinner, which come to think of it was when I approached him about many of my questions about life and the world.  Straight away he suggested I look into this topic; Tampa hadn’t happened long before

Intrigued I jumped on the internet and went to the UN website… I don’t think Wikipedia existed back then.  I remember reading about the disparity between the number of refugees we accepted and other countries like Sweden and Canada. I actually remember feeling shocked and disappointed in my country because this was not in line with generous country I knew; the lover and supporter of the underdog

Since then I have considered myself a supporter and as I got older an advocate for asylum seekers.  I had become a Christian by this point and I went to a church that saw social justice as central to following Christ. We often had sermons on Micah 6.   There were varying opinions about refugees and asylum seekers. I listened to everyone’s opinions. As a teenager (even an adult teenager) when I was in a discussion with someone who agreed with Australia’s policy of indefinite and offshore detention I would often keep my opinions to myself.  And they did challenge me; cause me to question what I thought. But I could never shake this sense, that if God called us to seek justice, love mercy and walk humbly with Him, that didn’t stop with people who have to seek asylum.

Eventually I gained the confidence to speak up in my church in support of asylum seekers and be honest with people.  I genuinely believe that this is a result of being transformed by the renewing of my mind because it occurred as I grew in confidence and my knowledge of God’s word.

Since then as I’ve read more of His word, meditated, and prayed my understanding of His love and my faith has grown. I’ve also studied at Bible College and the more I know Him the stronger my conviction that our response to asylum seekers is in conflict with His love and word

I think of passages like Philippians 2:3 ‘Do nothing out of selfish ambition or vain conceit. Rather, in humility value others above yourselves…’ Our example of this is Jesus.

The Gospels recount many occasions when Jesus fraternised, or spent time with the outcasts of society.  They were rejected because they’d become dirty, done the wrong thing; sinned.  If you were seen with them, you were damaged by association. Other people had illnesses that no one understood but everyone was afraid of; maybe it was punishment for sin; no one dared risk catching it.  Possibly the most well known are the lepers; but lets call them people with leprosy.

Today these opinions are mirrored in the way many feel about those who are asylum seekers and refugees. And this is what motivates a lot public support for indefinite and offshore detention.

God sent Jesus to earth to show us His love, to die for our sins and to show His disciples, anyone who calls themselves a Christian, or follower of Jesus how to respond to His love

So the question I have asked for a really long time, is what does a loving response to people seeking asylum in Australia look like? What should our policy be? I’ve done some reading into this and I think it’s a great thing for anyone to do. I also think that the church has the opportunity to pray into this and ask God to guide our leaders.

When I look at Jesus I don’t see that I can respond to people seeking asylum with anything but support and acceptance. I think of the verse from Matthew 25:45 when He is telling the parable of the Sheep and the Goats and says ‘…whatever you did for one of the least of these, you did for me.’

Helping others is bound up in Christ’s love. For me the two cannot be divorced and that’s because of the scriptures. They are also the reason I am confident that it is God who has brought me to this position.

I’m convicted that living out Christ’s love in the day to day includes trying to make a difference in this area.  One part of this is using my voice to show our nation’s leaders that as a citizen I do want our policies to change. I put my support behind integrous campaigns because this is really important.  When the right opportunities arise in conversation I try to contribute what I know about the issue humbly and respectfully. And most importantly I pray.