“Kids Off Nauru”. It’s a headline that, if I’m honest, I was initially highly sceptical we’d see anytime soon.

When the campaign was first launched in August last year, I wasn't confident it was winnable, nor were many seasoned campaigners I work alongside. However, each and every one of us joined the campaign in prayer and hope - and encouraged thousands of Common Grace supporters to join us. Because we don’t campaign for justice simply because it’s “winnable”, we do it because it’s the right thing to do. We campaigned for Kids Off Nauru, because we believed it was necessary.

When the call went out, Common Grace joined the wider movement of Australians calling on our government to get children detained with their families on Nauru brought to safety. And, through the sustained efforts of the self-advocacy of refugees, of thousands of compassionate individuals, of doctors, lawyers and case-workers, and in the end even of politicians - together we did it. Kids. Off. Nauru.

Every single person who signed a petition, called or wrote to your local Member of Parliament, attended a rally, or took some kind of action to pressure a reluctant government to act fairly – you did this. Thousands of you responded to our appeal for #KidsOffNauru, hundreds of your churches took collective action on a Sunday in October, and thousands gathered in prayer vigils around the country. Together we joined with the wider #KidsOffNauru movement across Australia, and it was not done in vain. You succeeded. We succeeded. In winning freedom for these precious children and their families. 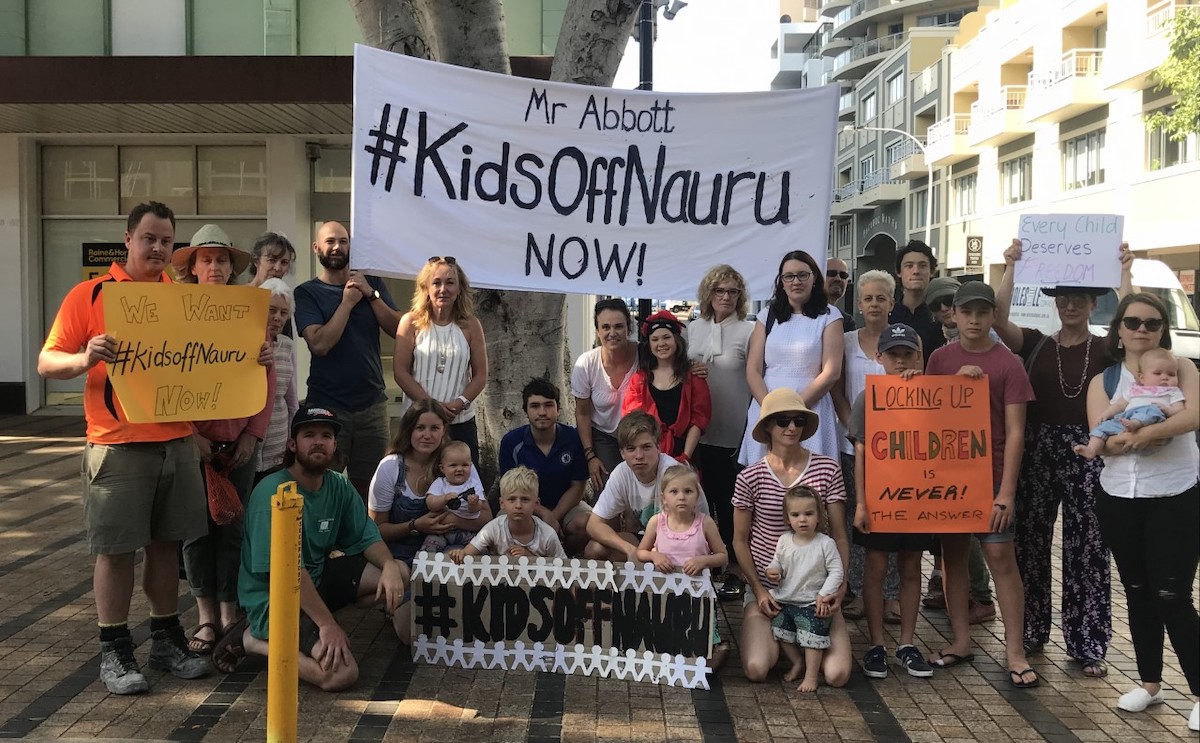 I wholeheartedly believe in both the power of prayer, and the power of thousands of compassionate individuals taking urgent action to push our leaders into action, to move them into a space where *not* doing the right thing is no longer tenable, and cruelty is no longer a vote-winner.

Late last year, we did it to get #KidsOffNauru

We rightly celebrate these victories – but we know the task is not yet complete.

In 2019, right now, we need to act immediately to get our leaders to #BackTheBill and ensure people in need of urgent medical care are given immediate access to that care.

Yes, there is much to celebrate. Freedom and safety for even one child, is worth celebrating. But let’s ensure we use the momentum of this moment to re-energise ourselves and the movement to continue to take action.

So together, let’s commit ourselves to take each next step until we see freedom, safety and justice for all people seeking safety in our communities.

Today’s next step is ensuring sick refugees on Manus and Nauru are able to be treated urgently. Next week a bill will be presented to parliament, but we need to ensure the bill passes by contacting your local MP and urging them to #BackTheBill. The #KidsOffNauru campaign team have put together some helpful instructions on how to take that step now.

Kate Leaney is the Team Lead for our Justice for People Seeking Asylum campaign.