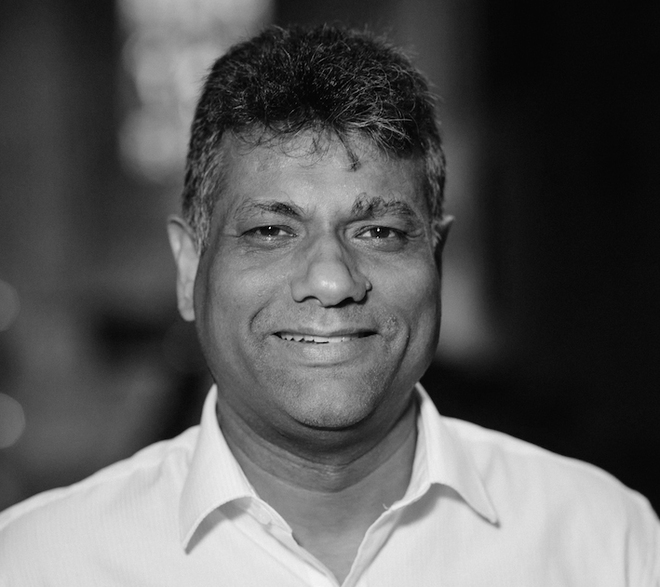 Today, on Good Friday Jesus shows what love is - he lays down his life for his friends. Rev Kanishka Raffel, the Dean of Sydney's St Andrew's Cathedral reminds us we are loved and called into loving like him.

Kanishka was born in London to Sri Lankan parents and was raised as a Buddhist. While studying law at Sydney University a friend gave him a copy of The Gospel according to John and he subsequently became a Christian. Prior to becoming Dean in 2016, Kanishka served as Rector of St Matthew’s in Perth. He is married to Cailey and they have two daughters. He loves curry, cricket and having gelato at the beach with his family but knows no pleasure so great as sharing the news about Jesus with people who have no idea who Jesus is or how much he loves them.

It was the day of Preparation of the Passover; it was about noon. “Here is your king,” Pilate said to the Jews. But they shouted, “Take him away! Take him away! Crucify him!” “Shall I crucify your king?” Pilate asked. “We have no king but Caesar,” the chief priests answered. Finally Pilate handed him over to them to be crucified.

So the soldiers took charge of Jesus. Carrying his own cross, he went out to the place of the Skull (which in Aramaic is called Golgotha). There they crucified him, and with him two others—one on each side and Jesus in the middle. Pilate had a notice prepared and fastened to the cross. It read: jesus of nazareth, the king of the jews.

Later, knowing that everything had now been finished, and so that Scripture would be fulfilled, Jesus said, “I am thirsty.” A jar of wine vinegar was there, so they soaked a sponge in it, put the sponge on a stalk of the hyssop plant, and lifted it to Jesus’ lips. When he had received the drink, Jesus said, “It is finished.” With that, he bowed his head and gave up his spirit.

This is how we know what love is: Jesus Christ laid down his life for us. And we ought to lay down our lives for our brothers and sisters.If anyone has material possessions and sees a brother or sister in need but has no pity on them, how can the love of God be in that person?Dear children, let us not love with words or speech but with actions and in truth.

If you’d like to read more of the Easter Story across the long weekend, today we’d recommend you read John 18-19.

Notice the people (Jesus' neighbours) in the gospel reading. How do they treat Jesus?

1 John 3:16 gives us a way to understand what was happening - This is how we know what love is: Jesus Christ laid down his life for us. And we ought to lay down our lives for our brothers and sisters.

Give thanks to Jesus for his deep love for his friends and enemies.

"As I knocked on their door that week, I was greeted by a smiling face, graced by a hijab. My hunch was confirmed – they were Muslim. For this Christian, middle-class, white-skinned, grey-collar tradie’s wife surrounded by Christian, middle-class, white-skinned, grey-collar friends, I was stepping into territory in which I had never before found myself. And to be honest, I was thrilled for the opportunity."

Read this short story by Lyndrea Lynch called “For the Love of Sport & My Muslim Neighbour” to reflect on her journey into stretching beyond our comfort zones to engage in servant love.