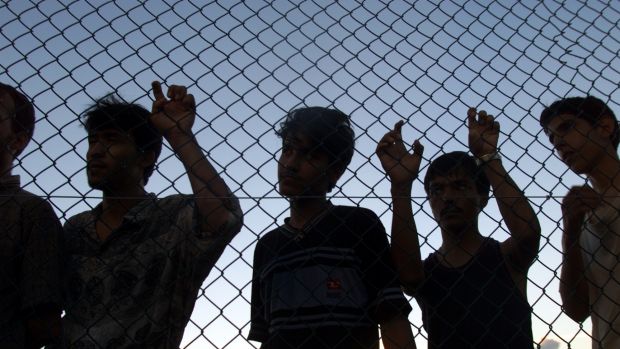 Yesterday the Australian Government announced a once-off deal to resettle in the US people in Australia’s offshore detention centres on Manus and Nauru.

Whilst the Government confirmed that US authorities would begin processing people soon, they were not able to confirm whether people would be guaranteed a resettlement place in the US or elsewhere, nor how long the process would take.

At Common Grace, we are hopeful that the Government’s announcement will result in safety, freedom and pathways forward for people who have spent years in limbo detained on Manus and Nauru, for doing nothing other than fleeing persecution, torture or the threat of death they've experienced in their homeland.

Together with others, Common Grace members have demanded that the Government stop its cruel policies and treat all people with the dignity they deserve as humans who are made in the image of God. Yesterday's announcement is evidence that this message is being heard!

As Daniel Webb from the Human Rights Law Centre stated, “After three years of fear, limbo and harm, it looks like the Government is finally acknowledging that Nauru and Manus are dead ends. That concession is important and long overdue."

Yet, along with others in our sector, we are concerned about negative outcomes that may be lurking in the details that the Government has not yet specified, and we add our voice to those of others calling for a fast, humane solution for every single person detained on Manus and Nauru.

We also wish to highlight that the resettling of people who seek asylum in Australia into other countries is a fundamental shirking of Australia’s obligations as a global citizen. It is clearly unnecessary, and these people can and should be settled right here in Australia. This deal, whilst a breakthrough for detainees and advocates, is nonetheless a solution that prioritises politics over people.

As a movement, we are therefore committed to praying for this situation, asking God to intervene with justice for those people detained on Manus and Nauru, and believing that we will see a more generous Australia in the days ahead.

To read more responses to yesterday's announcement from organisations who advocate for the rights of people seeking asylum, see: