We are called to be a generous country that welcomes the stranger. But right now the Australian Government is trying to pass legislation that rejects that calling. Instead they want to send asylum seekers back home, to danger. 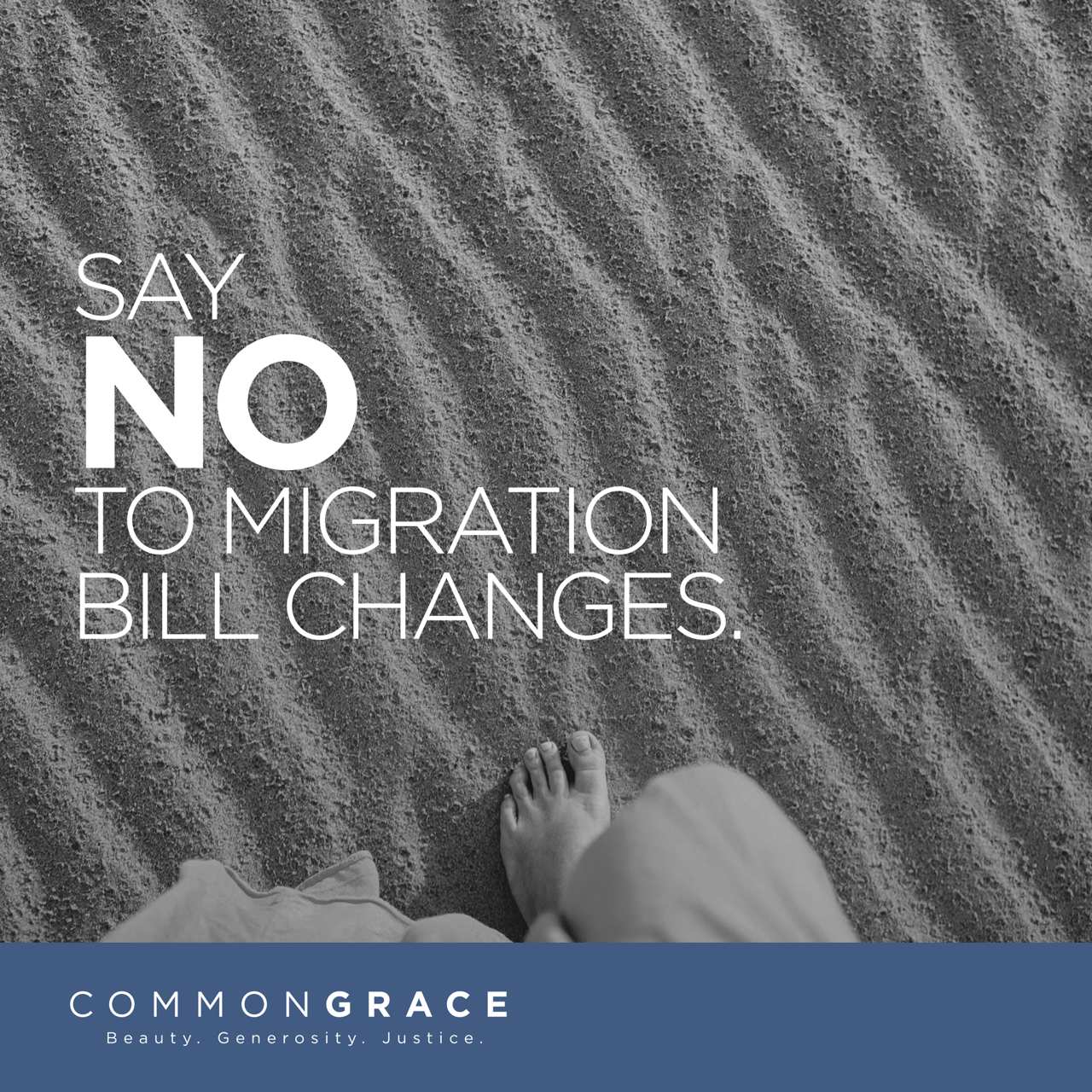 As Christians, we say NO to Migration Bill Changes & YES to a GENEROUS AUSTRALIA. We say NO to narrowing the legal definition of a refugee. We say NO to the Minister having the power to retun people to danger. We say NO to the removal of Permanent Protection Visas. Please write to your Senator now.

The Migration and Maritime Powers Legislation Amendment Bill, before the Senate right now, has been described by former Liberal Prime Minister Malcolm Fraser as "cruel, insidious and unnecessary". Rev Tim Costello says, "as Christians we can’t stand by while this bill impacts persecuted and vulnerable refugees, particularly children. We must raise our voice".