This year I was lucky enough to be a part of the organising committee for the 2021 Dirrum Festival in Canberra.

This festival is a student led movement encouraging young people’s engagement in service to the common good. The festival’s namesake is the Ngunnawal word Dirrum Dirrum: the sound of red in Ngunnawal language, the colour of blood and Earth. It connotes a connection and acknowledgement of the land and Earth we share. The festival is an opportunity for young leaders to come together to speak alongside inspirational speakers presenting from around the world. It is also a chance for young minds to discuss and engage in the issues they truly care about.

‘Stepping Stones for a better tomorrow’ was the theme of this year’s Dirrum festival Canberra (6-7 August). It acknowledged the difficulty in facing the global concerns we see around us yet embodied the way in which consistent small actions can have huge positive effects in our society.

A few months ago we were holding one of our many lunchtime meetings in the library planning for the festival, when we noticed a children’s book displayed on the bookshelf. It was titled “Stepping Stones”. How fitting! Written by Canadian author Margriet Ruurs, "Stepping Stones: A Refugee Family's Journey" tells the story of a family’s experiences of war in Syria. The book is centered around the incredible stone artworks of Syrian artist Nizar Ali Badr.

It follows Rama and her family, as they are forced to flee their once-peaceful village to escape war. Nizar’s stone creations cleverly and beautifully portray the haunting images of Rama’s journey, along with the hope and joy they felt upon reaching a new home.

Margriet’s book has reached across the world. In fact, I had seen it before, way back in year 6, and it was quite probably my first ever emotional encounter with the concept of refugees.

Not only has Margriet raised tens of thousands of dollars for the cause of refugee advocacy and resettlement through her book, but more importantly she has connected communities across the world, and aided people to take small steps towards understanding and empathizing with the plight of asylum seekers.

Her storytelling and campaigning has allowed the humanity of refugees to speak louder than politics. Margriet detailed her journey to create “Stepping Stones” at this year’s Dirrum festival, presenting the inspiration for her book and its impact around the world.

Margriet’s book is hugely relevant today as we consider events transpiring globally. Her actions and writing emphasise the importance of compassion and understanding others, particularly in spheres where we cannot immediately relate according to our own lived experiences.

I would recommend Margriet’s book to anyone who wants to gain a more personal understanding of the struggles faced by communities forced to flee their home, but particularly to any young minds beginning to reach out and attempt to comprehend the world around them. Margriet’s speech at Dirrum festival was an insightful presentation that complimented the themes of her book.

You can watch Margriet’s presentation at this year’s Dirrum Festival here.

David Stocks is a student at Radford College and was one of the Directors of the student committee that organised the 2021 Dirrum Festival, “Stepping Stones for a Better Tomorrow”. 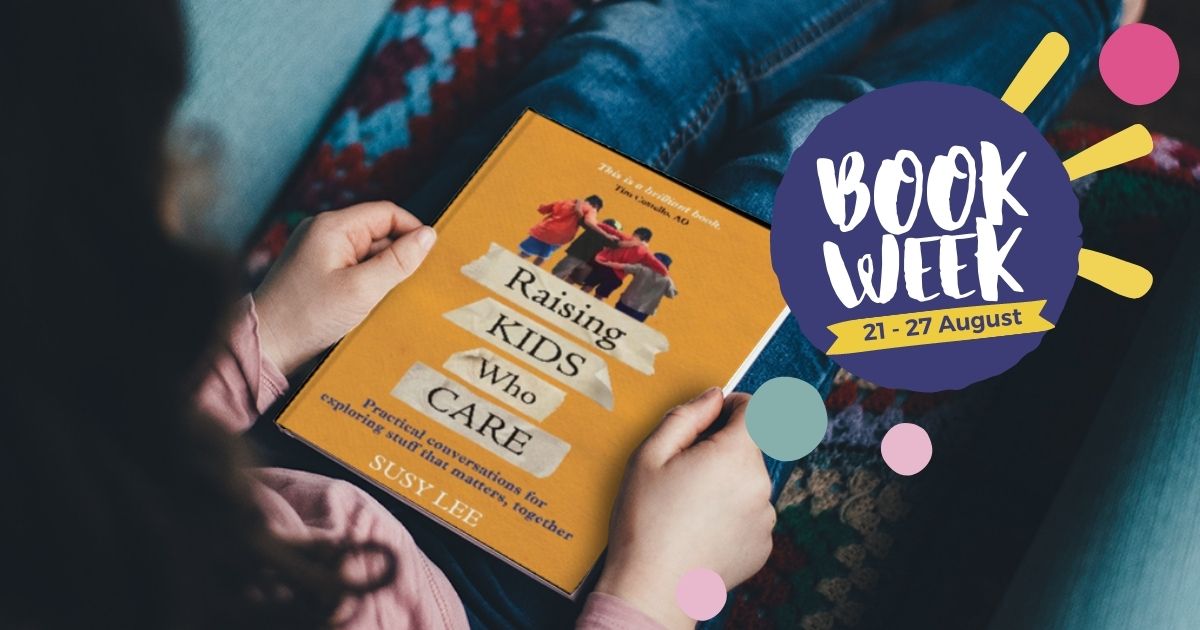 Reading Together to Spark Deep Conversations

Author of ‘Raising Kids Who Care’, Susy Lee, explores how books can help spark meaningful, deep and intentional conversations with our children and young people. 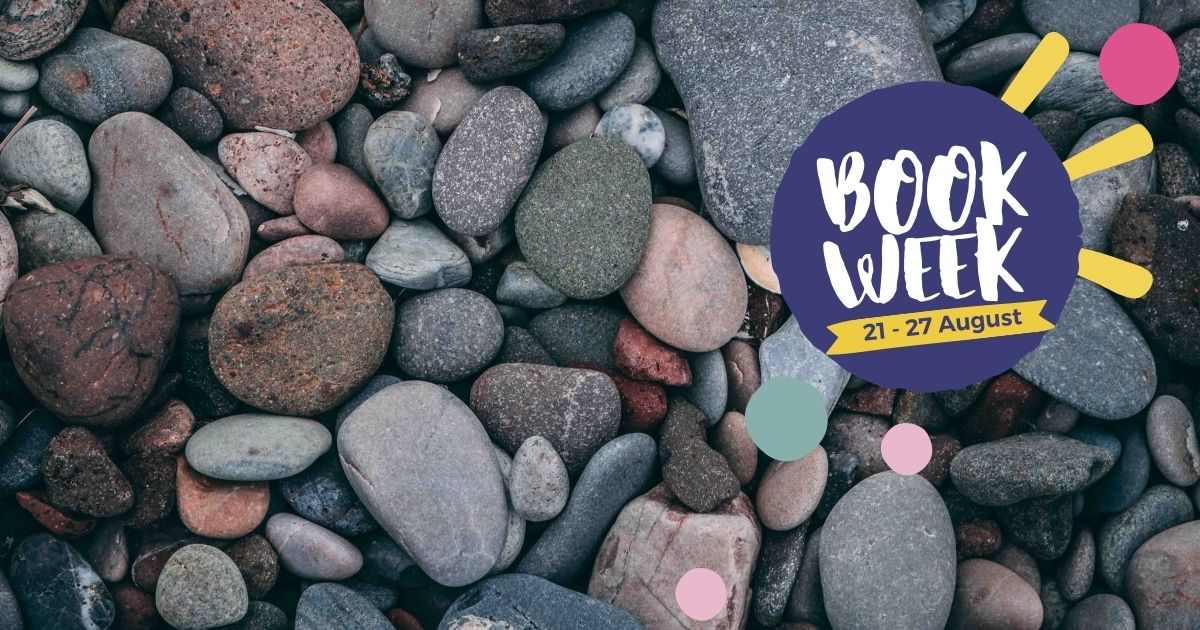 Stepping Stones for a Better Tomorrow 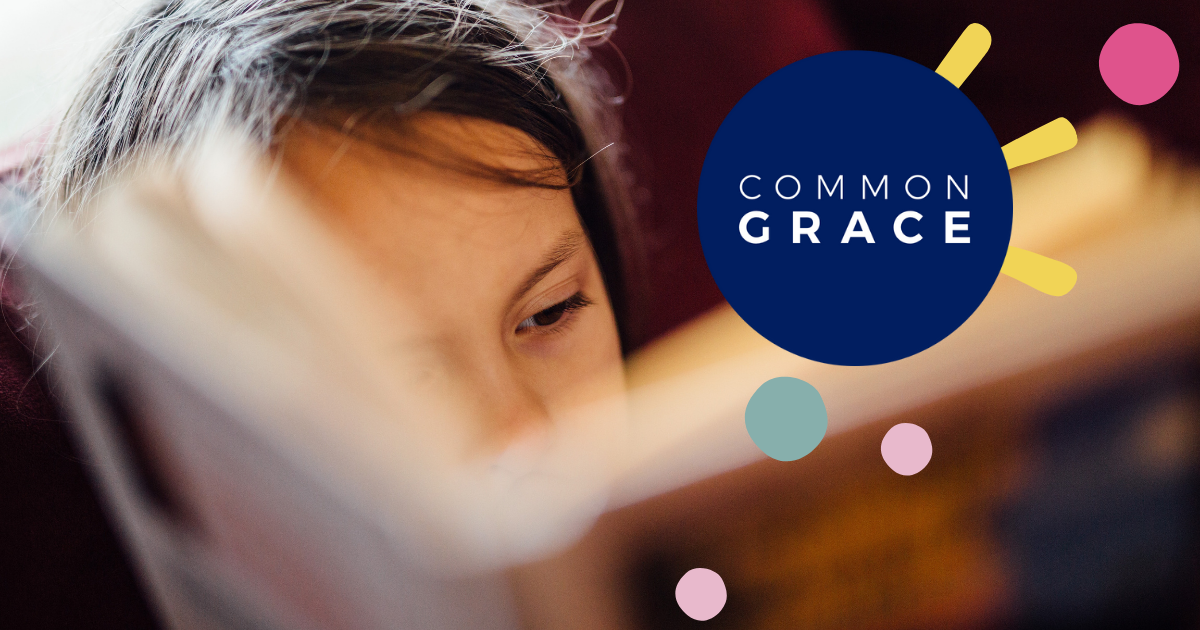 Alison Williams explores the 2021 Book Week theme of ‘Old Worlds, New Worlds and Other Worlds’ and how we can engage with injustice through the gift of reading.