Aboriginal and Torres Strait Islander peoples are advised that the following article contains images and names of people who have died.

Today on the United Nation’s International Day against Nuclear Tests, we remember the past nuclear testing on Traditional Lands in South Australia as we are called to respond to today's nuclear dumping injustices.

A young boy, ten years old, is blinded as a result of the ‘black mist’ that rolls across the APY Lands in South Australia after the British nuclear tests at Maralinga in the 1950s.

A collective of senior Aboriginal women, the Kupa Piti Kungka Tjuta, is formed in 1995 in Coober Pedy, South Australia, to fight against federal Government plans to dump radioactive waste on their land.

An Anangu woman speaks out strongly in Adelaide, South Australia, in 2015 as both the state government and the federal government announce plans for two separate waste dumps in the state.

Now, you would be correct if you noticed the link between these stories and wondered if politicians have something against South Australia!

But I wonder if you know the other link between the three stories? They are entwined because they involve three generations of the same family, tragically affected by the nuclear industry. The boy who was blinded was Kumanara (Yami) Lester, beloved Yankunytjatjara elder, activist and hero who sadly passed away last month. The Coober Pedy collective was formed by Eileen Kampakuta Brown. And the Anangu woman speaking strongly is Karina Lester, Yami’s daughter, and Eileen’s granddaughter. 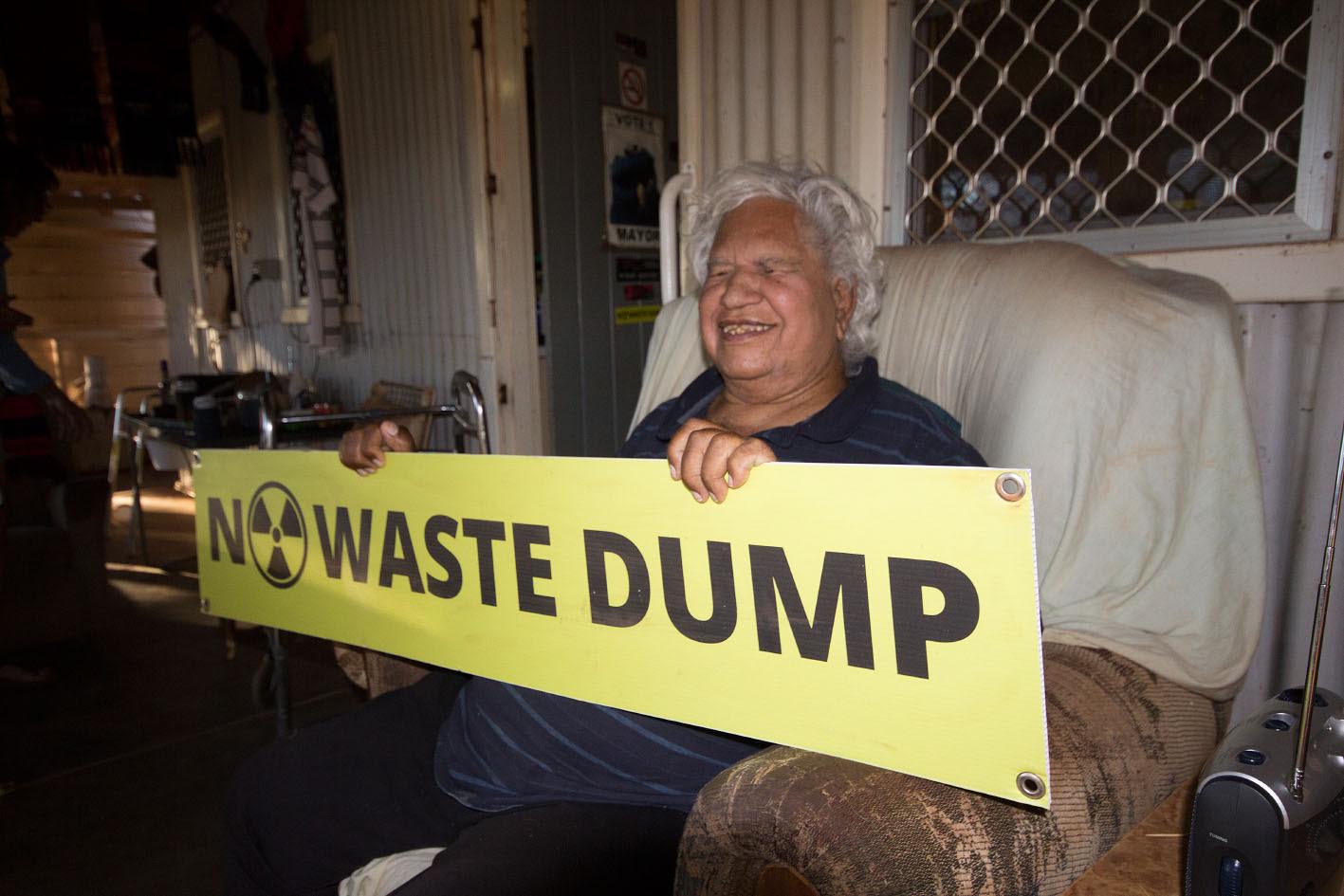 Kumanara (Yami) Lester spent his life campaigning against nuclear weapons after losing his sight during British nuclear tests in South Australia during the 1950s. Image from 3CR Community Radio.

South Australia knows full well the horror of nuclear weapons and waste. In the 1950s, Australia’s then Prime Minister, Robert Menzies, said yes to nuclear testing without consulting his cabinet. The Maralinga and Emu Field atomic testing by the British government forced Anangu people off their land onto unfamiliar land, at Yalata. The damage done was immeasurable in terms of displacement, injury, illness, and death. Anangu people still speak of “the poison in their blood”, illness is inter-generational, and post-traumatic stress from the nuclear testing is still evident today in the Yalata community.

The Kupa Piti Kungka Tjuta were victims of this nuclear testing program. In 1995, they joined forces with a nun, Michelle Madigan, and later, environmentalists, and others. In battered old cars, with barely any resources, they began the journey which would see them travelling the country, recounting over and over their experiences of Maralinga and about the problems with the nuclear industry which they had experienced first-hand. They pleaded with the politicians to ‘get their hands out of their pockets.’ They educated and inspired the wider community of the vital need to protect their beautiful desert country. Finally, in 2004, they won.

“People said that you can’t win against the Government. Just a few women. We just kept talking and telling them to get their ears out of their pockets and listen. We never said we were going to give up.  We are winners because of what’s in our hearts, not what’s on paper.”

- Quote taken from open letter from the Kupa Piti, 2004

Thanks to their heroic efforts, it became enshrined in state law that certain nuclear waste storage facilities would be prohibited in South Australia. Never again, we sighed in relief. We thought we were safe. But it was not to be. In some tragic groundhog day, the Adnyamathanha people of the Flinders Ranges woke in 2016 to find that their land had been nominated as one of several federal nuclear dump sites. Once again, there was no consultation. In a carbon copy of the Kupa Piti fight, Adnyamathanha women have been travelling the country, saying NO to a nuclear dump on their land.

When I reflect on these experiences, it is easy to see them as the modern-day Gospel story of the woman persistently pestering the judge in Luke 18. Through prayer, education, and activism, the Kupa Piti Kungka Tjuta and the Adnyamathanha women did not, and will not, give up the fight to protect their lands from nuclear poison. In them we have our contemporary David and Goliath, as small bands of determined and faith-fuelled women take on powerful politicians, mainstream media, and multi-million dollar propaganda campaigns. The Kupa Piti Kungka Tjuta won their fight but the Adnyamathanha fight against a federal nuclear dump continues.

We can stand with them by joining, praying, listening, and imagining and sharing.

Join by signing the latest petition from No Dump Alliance.

Pray for the Adnyamathanha people and their allies that they will have strength and hope for the fight. You could do this by looking at the Aboriginal Nations map and placing your hand on the Adnyamathanha nation (Ikara / Flinders Ranges, South Australia).  Ask God to put a shield over that nation to protect it and to repel nuclear waste dumps.

Listen as you watch this short video that implores the government to listen to the voices of the community and move to manage Australia’s waste responsibly by investigating a better process not a postcode.

Share this story on Facebook, that our family, friends and communities across Australia may learn and respond  to the past history and present day injustice of nuclear programs in South Australia.

Penny Kleemann is a Common Grace supporter from Adelaide. Common Grace is a proud supporter of the No Dump Alliance, and stands with Traditional Custodians in South Australia calling for an end to proposed nuclear waste dumps on their lands. 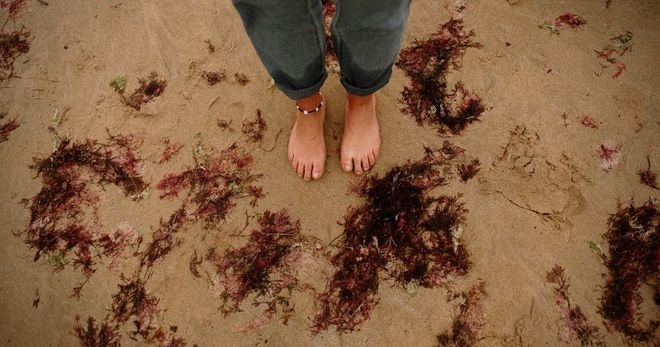 We invite you to join together as we pause to reflect and acknowledge January 26, in lament, prayer and action for justice.