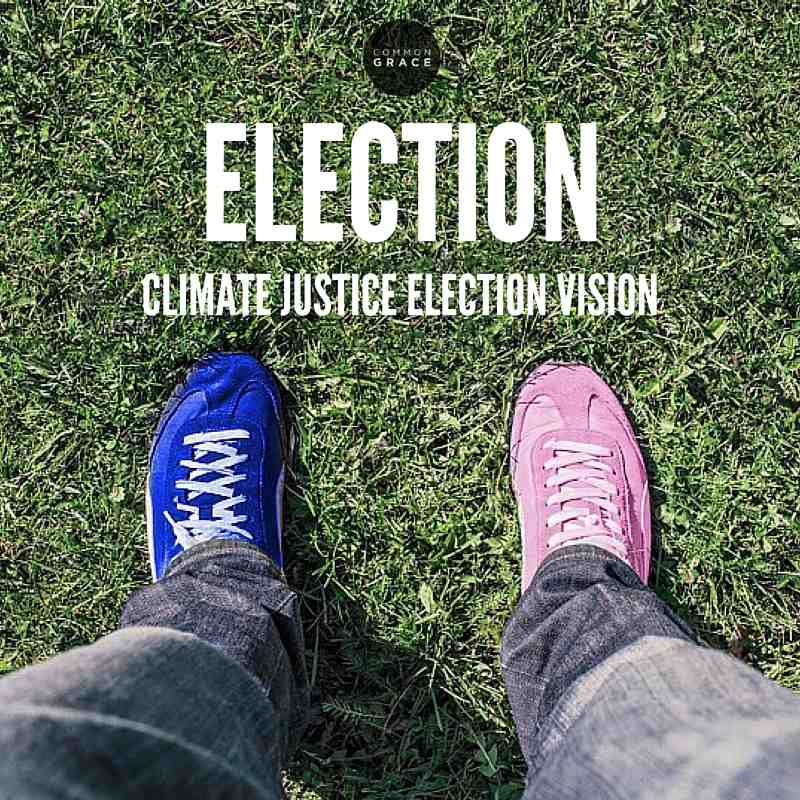 Our vision is a movement of Christians for 100% renewable energy, as we seek justice for the Great Barrier Reef, Pacific homelands and people in poverty.

In the not too distant future, our global community will be powered by renewable energy. It's inevitable. We know because fossil fuels are finite. And because the huge global uptake in renewables, strengthened by a worldwide agreement to reduce emissions, has placed fossil fuels in structural decline. In other words, creating unsustainable amounts of carbon pollution is not only immoral, it will soon be unprofitable.

But when it comes to climate change, time is everything.

Our challenge isn’t merely to transition to renewable energy, it’s to do it before we lock ourselves into an irreversible ecological disaster. Baptist Minister Martin Luther King’s words from 1963 is most relevant for us today: “justice too long delayed is justice denied”.

As Christians committed to justice, we long for a future where our children and grandchildren have the opportunity to discover the wonder of the Reef. We dream of a reality where our Pacific brothers and sisters enjoy their way of life and cultures for generations to come. We pray that our most vulnerable neighbours at home and abroad will have the chance to break free from poverty and reach their full potential.

Australia must do our part to stop global warming from going above 1.5 degrees by transitioning to 100% clean energy. Imagine if by 2030, every Australian home is powered by 100% renewable electricity. And by 2050, our whole energy system is  powered by renewables. These goals are challenging, but they are also necessary, achievable, and profitable. We have the technology, what we’re missing is the political will.

Our vision is for the church to be known by its love.

Love that’s good news for the poor, like the persistence William Wilberforce in the long struggle to end the transatlantic slave trade. We too must persist in educating our friends and family so that climate justice is known as an integral part of Christian discipleship in the 21st Century. Our love is more effective when we seek the wisdom that Catholic leaders like Dorothy Day embodied. She understood that when we pursue justice, lifestyle change must go hand in hand with addressing the systems that make people poor. Turning off light bulbs and recycling are good, but we must go much further and lead our society towards a clean energy future. Our love deepens when we grow close to God. The biblical story of Hannah reminds us that God can do more through us than we can imagine. It is God who guides us, and empowers us with the courage to stand with people on the front lines of climate change.

Climate change is inconvenient and confronting. But our faith is of little relevance to public life if we don’t have a voice on an issue that is harming so many people. Instead, we can be a movement of people that seeks to live faithfully as an alternative to the culture of consumerism and greed. Jesus is good news for our ecological crisis, and together, we can play an important role in leading our country towards a clean energy future.


This election, what policies do we support?

Common Grace supports policies that are consistent with reducing global warming below 1.5 degrees. Three of our focus areas include:

Party policies on the environment and climate change:

Our election vision was discussed in Sight Magazine here.