As Christians, we long to see a flourishing world, but our chance to pass on a clean energy future to our children is quickly slipping away.

Already 1 in 5 Australian houses use solar energy - whether solar panels (14%) or solar hot water. But what about the most visible house in the nation? Let’s crowd fund solar panels for Kirribilli House as a Christmas gift for the nation. 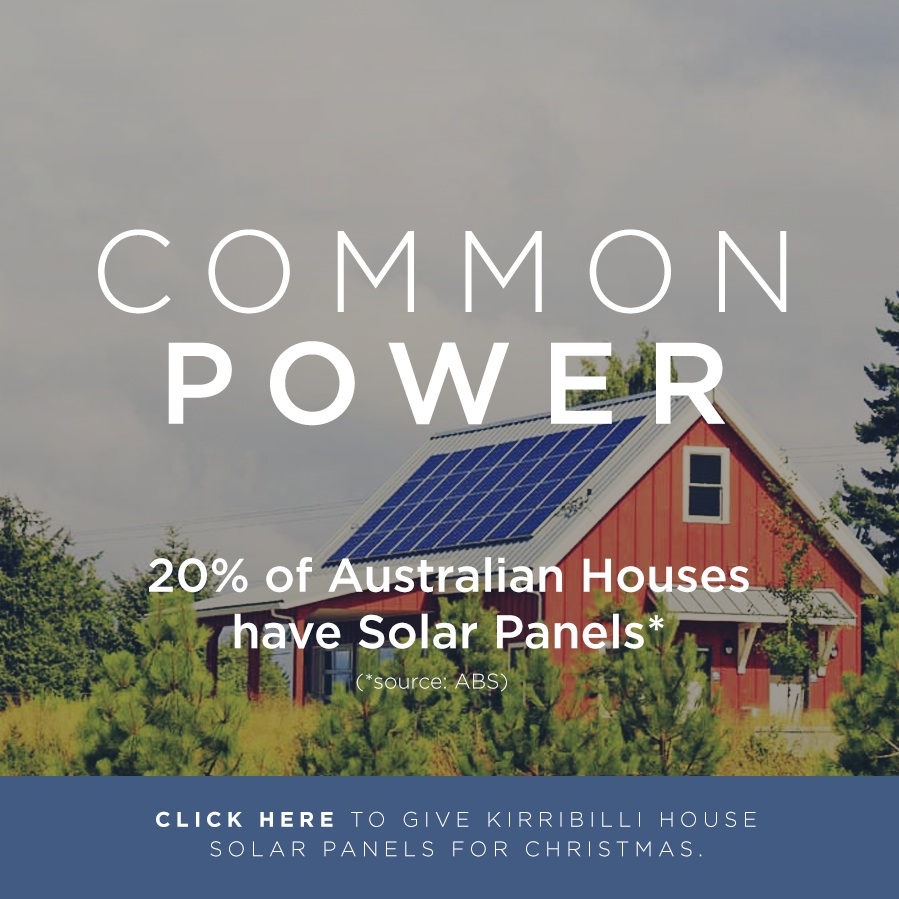 Our government has been trying to decrease the modest Renewable Energy Target (RET) that’s been in place since the Howard era, resulting in a staggering 70% drop in investment into Australian renewables this year [1].Without a strong Target our reliance on fossil fuels keeps on increasing and the future of renewable energy is uncertain.

But Australians aren’t uncertain about the future. Nearly 90% of Australians support the RET [2] – so it’s clear, Aussies love renewables like John the Baptist loved locusts. Just recently the Government has indicated they want to restart negotiations on the RET and are willing to budge on their initial stance [3], giving Christians an opportunity to do something practical to influence the final decision before it’s too late.

Chip in to give solar panels to the nation this Christmas!

PS. CORRECTION - When we created the image, we should have said 'solar energy' rather than 'solar panels'; only 14% have solar panels, 3 times as many as 3 years ago. 1 in 5 houses do use solar energy whether solar panels (14%) or solar hot water systems.