Watching the story of the School Strike 4 Climate Action and associated events recently has been a roller-coaster.

Excitement and pride to see young people stepping up this way, followed by disgust at government comments and criticism. Delight at all the media coverage and the excitement of friends and fellow activists, combined with anger at politicians refusing to meet with the students. Amusement over all the great signs and slogans the kids made, and admiration for the interviews they have given and their inspiring words, but also concern and desperation over where all this is leading. 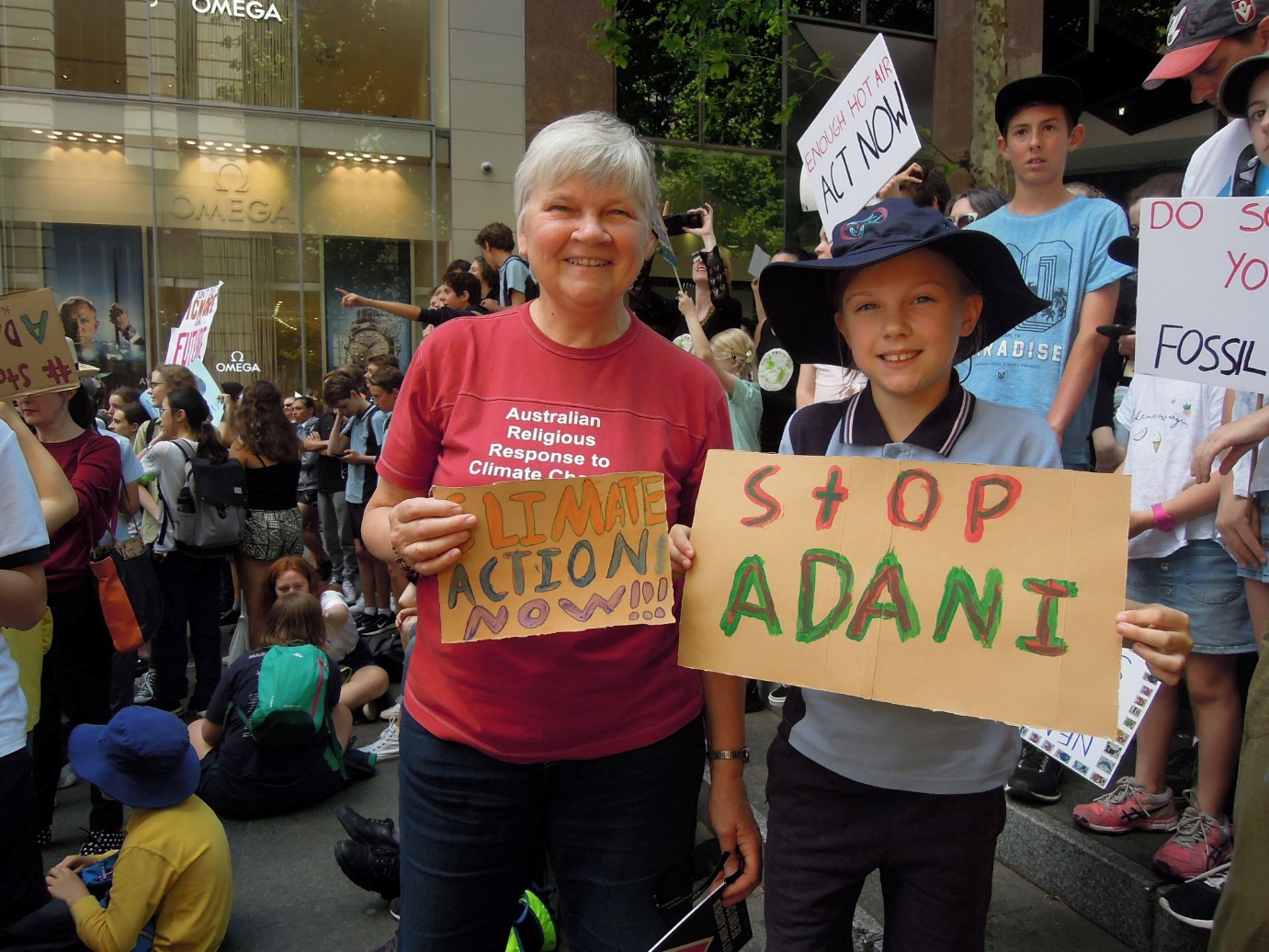 Churchgoer Thea Ormerod and her granddaughter at the Sydney School Strike.

Firstly, can I just say – these young people are amazing! In response to our elected representatives' condemnation of the planned strike, 14-year-old Sydney School Strike lead organiser Jean Hinchliffe said:

“Mr Morrison says that he does not support our schools being turned into Parliaments. Well, maybe if the people in our Parliament listened to the science and took action like those of us in school, we wouldn’t have to resort to strike action like this.

“We’re sick and tired of politicians playing politics with our future. We’re striking to say enough is enough. People’s lives are on the line. It’s time to act before it’s too late.”

Yet I’m still concerned (and yes, desperate) about the future and our lack of significant action on climate change, from both sides of parliament. I’m desperate because the last report of the Intergovernmental Panel on Climate Change (IPCC) suggests we have less than 30 years to reach zero emissions globally in order to avoid the nightmarish climate scenarios that two degrees or more of warming will create. I’m desperate because a World Wildlife Fund report recently found that humanity has wiped out 60% of mammals, birds, fish and reptiles since 1970. I’m desperate because our planet and our lives are at stake!

I’m concerned that as great as our young people are, we don’t have time for them to grow up and take positions of power before we act.

We needed action yesterday. And if we are going to halve our emissions in the next 12 years (as recommended by the IPCC), it’s going to be up to us to achieve that. (Which is only fair – we have enjoyed the benefits of fossil fuels, now we need to clean up after ourselves.)

Through the School Strike 4 Climate Action, these young people have given us a taste of hope, of bravery, of inspiration – now it’s time for us, their older brothers and sisters, mums and dads, grandparents, great-grandparents, and all of their friends, to show our love for them by responding with support and real action. Because a lot still needs to change.

Jessica Morthorpe is member of the Common Grace climate justice team, a Christian environmentalist with a passion for endangered species, eco-theology and helping the Australian church to care for creation.