The first time I wore one of the Knit For Climate Action scarves, I began pondering the meaning of the colours. Straight away I could feel many of the stories that the scarf told, particularly for my people.

On the blue side I saw flowing rivers, a thriving ecosystem, clean oceans, healthy soil, and communities deeply connected to culture.

Then as the colours turned yellow, to orange, to red, to deeper red, I sensed the impacts of rising temperatures, out of control bushfires, island nations going under water, dry riverbeds, species going extinct and whole communities devastated.

I often say that land and water rights are cultural rights, which are human rights. I made this connection deeply when I was living in Broken Hill and saw firsthand the effects of a dry river on the Aboriginal community of Wilcannia. The Darling ‘Barka’ river was the centre, and often called the ‘lifeblood’, of the community.

I remember being in a community consultation meeting and the government representatives from Sydney expected to hear from Wilcannia locals about the need for things like more support for the community hospital, or greater domestic violence services, or youth programs. Instead the river was the focus. The health of the river directly impacted the health of the community in every way.

Connection to Country is part of our identity as First Nations peoples, so if Country hurts, we hurt too.

In Common Grace’s current Aboriginal justice campaign Treaty and Truth Telling for Healing Country, we make the statement: “Jesus calls us as Jesus hands and feet to take an active role in healing country by protecting and restoring God’s beautiful earth.”

It is important to recognise that Jesus has already been using the hands and feet of Aboriginal and Torres Strait Islander peoples to protect, steward and live in harmony with God’s beautiful earth. God has blessed our peoples with knowledge of the lands, waters, animals, plants, sky, and given us stories and songlines that tell us how to understand and look after creation, including one another.

But for the past 250 years Aboriginal peoples have been dispossessed, disempowered and are now devastated to the core by the effects of climate change.

Aboriginal and Torres Strait Islander peoples and our Elders have been fighting staunchly for creation and climate justice for decades, indeed over two centuries, but the voices have been silenced and sidelined, unsupported.

Through the knit for climate campaign my heart has been warmed by some of our knitters who shared which Aboriginal country they were knitting on, expressed concern for Aboriginal and Torres Strait Islander peoples affected by climate change, and shared stories of how they deeply cared and loved their Aboriginal neighbours.  Knitters like Zeta in Victoria who cares deeply about Indigenous health, Margaret from New South Wales who knitted on Wiradjuri country, Lynette from New South Wales who held conversations with her workmates  - these knitters showed me they are taking climate action but also pursuing friendship and Reconciliation in their lifetime.

We need to come together, to learn from those who know Country, over 300 nations in these lands now called Australia, who have received God’s wisdom, and who have never ceded sovereignty.

On Monday it will be the Winter Solstice and #ShowYourStripes day where we will be at Parliament House in Canberra presenting scarves to our nation’s leaders. Importantly, the day before, we will be going to the Aboriginal Tent Embassy, to connect, to listen deeply, and to be welcomed, in a place that understands action for justice.

PLEASE JOIN US as we take action for creation and climate justice on June 21 #ShowYourStripes Day and call on our nation's leaders to take bold, urgent action on climate change. Find out how you can take action through social media.

FIND OUT MORE about Common Grace's Knit for Climate Action campaign and how you can take part. 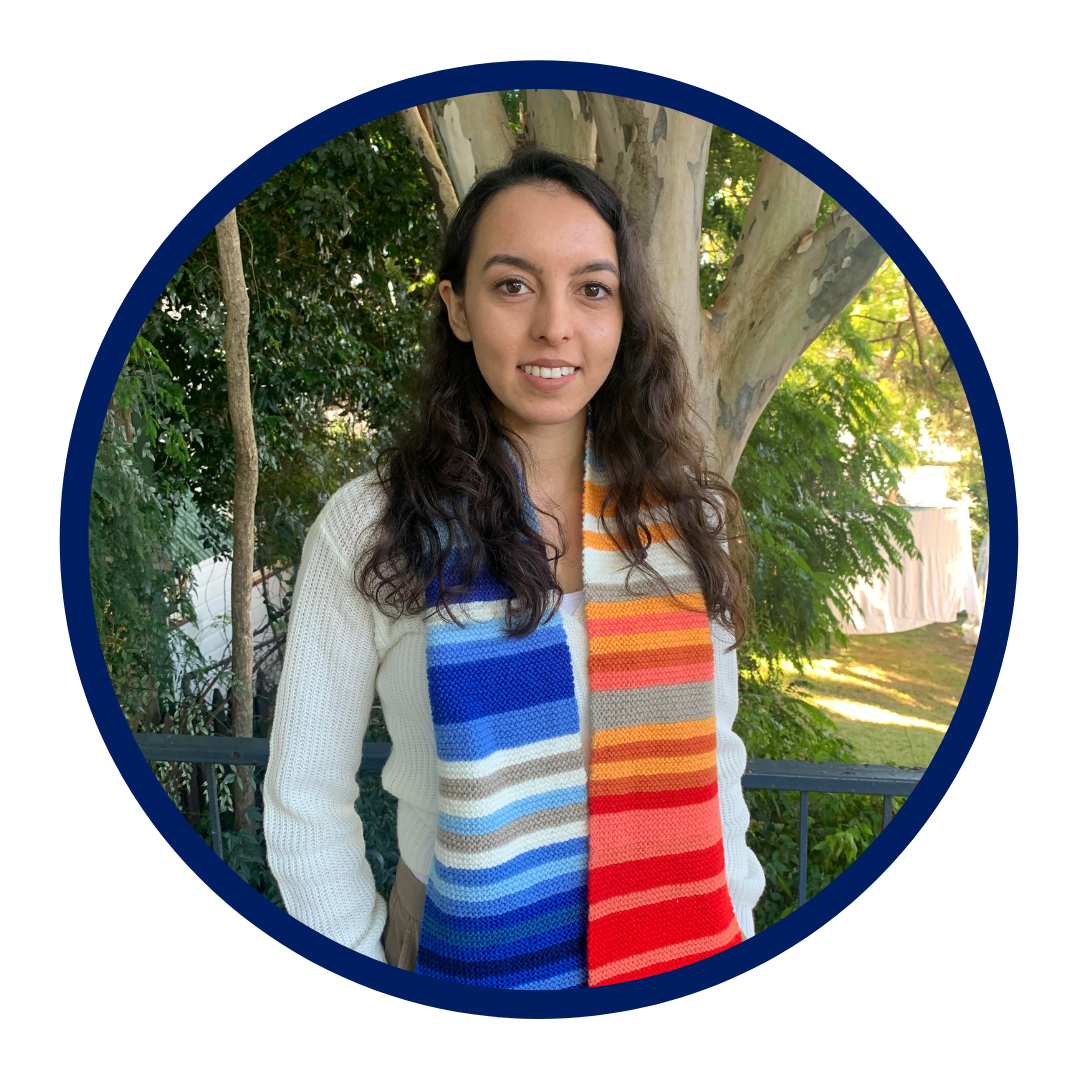