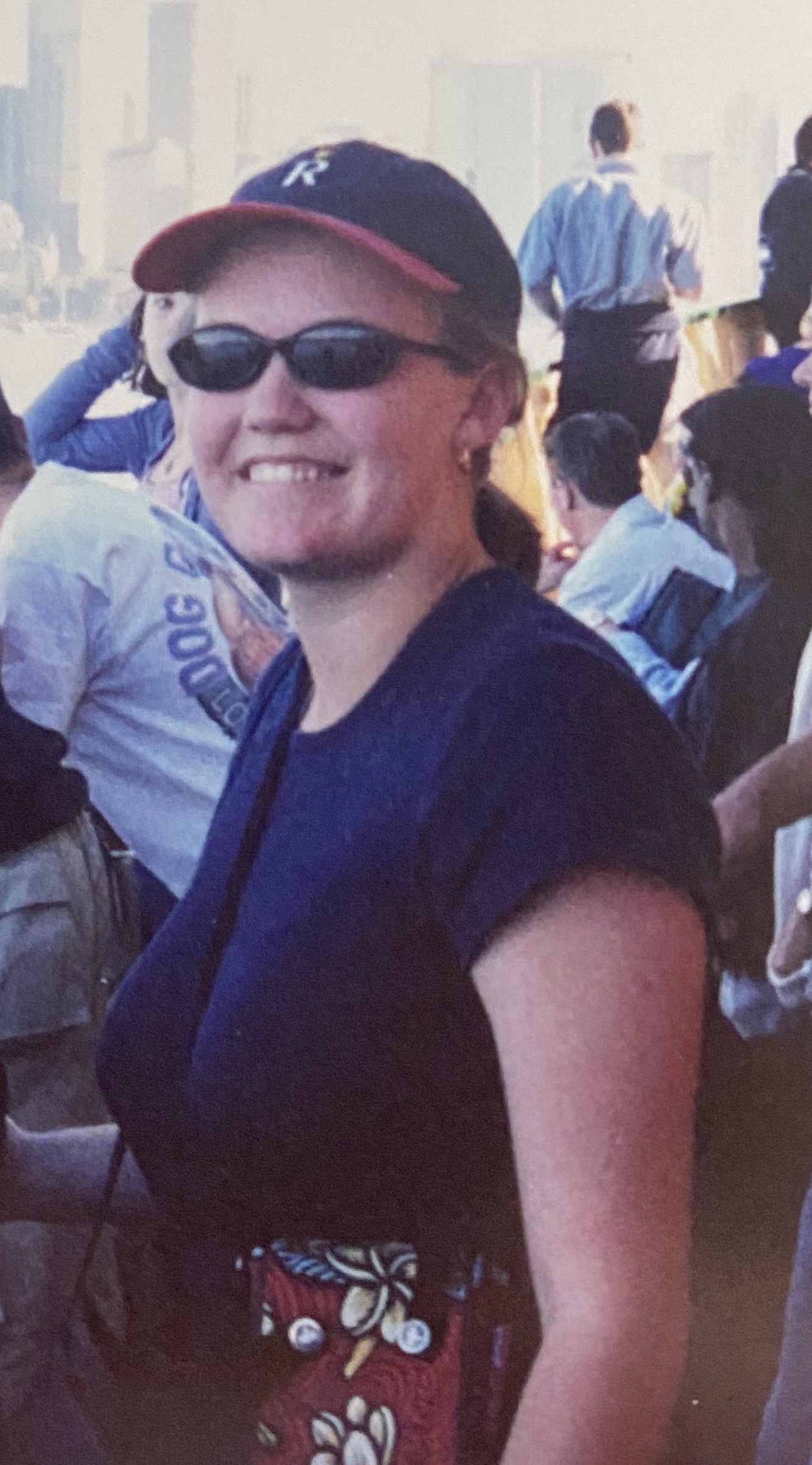 My story of the Bridge Walk is that I was living at Weerona College (part of the University of Wollongong). I was on the Residents’ Association and I organised for a group from Weerona College to travel on the train to Sydney for the Bridge Walk for Reconciliation. I also met my parents, who had traveled from Goulburn, in Sydney. I remember being on the train as it went across the Sydney Harbour Bridge and looking out of the window and seeing the hundreds and thousands of people who had already started walking. In the train carriage that I was in a group of Aboriginal women started singing in their language. It was incredibly moving as the sight of the crowd walking combined with the most profound singing in language that seemed to be coming straight from the heart of these women.

Photo taken in the year 2000 on a ferry in Sydney Harbour. Cap is a memento from the Republican Referendum the year before! (not of the bridge walk).

I walked for Reconciliation because I wanted to be part of the ‘People’s Movement for Reconciliation’ that was prepared to say sorry. I could see that an injustice had happened to Indigenous peoples and both my ‘head and heart’ knew that something needed to change.

The education system has changed in terms of the curriculum which now includes Indigenous studies and perspectives. I think there is a greater awareness of the diversity of First Nations cultures in Australia. I am continuing to learn and to promote the work of Indigenous artists (particularly writers and filmmakers) and Indigenous theologians.

A Treaty and treaties (between First Nations and various levels of governments and other relevant bodies), closing the gap, addressing racism and a genuine celebration and inclusion of the diverse stories, languages and cultures of First Nations peoples.