@billshortenmp Aus Christians are looking for leadership on renewables, will you commit to install www.commongrace.org.au/solar_panels_gift on Kirribilli?

Christians across Australia have expressed deep concern that our current Government has shown itself to be unwilling to lead in caring for God’s creation and is out of step with the rest of the world. 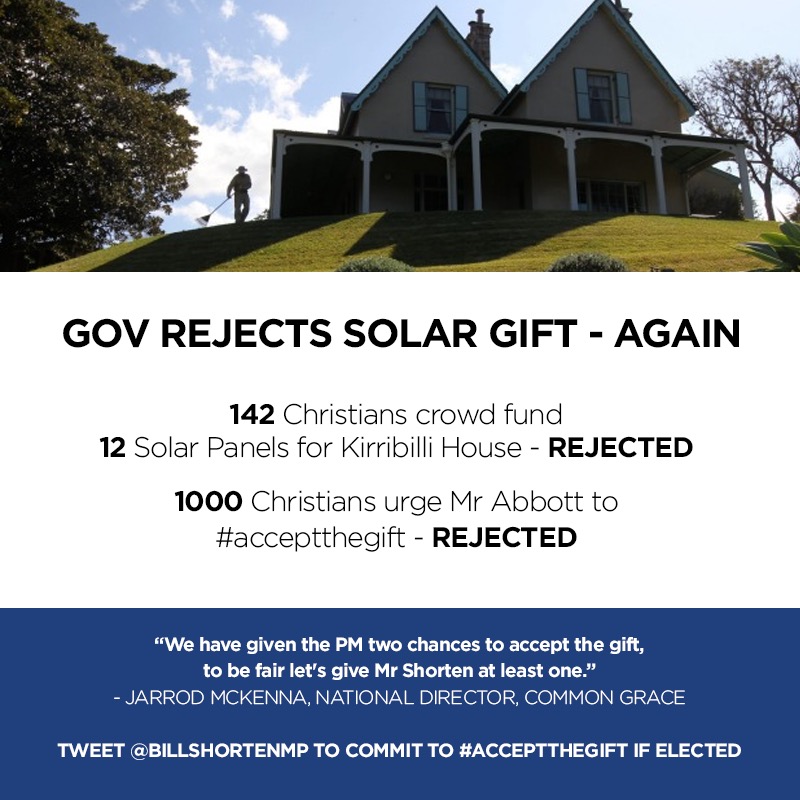 Last December, we crowd-funded solar panels for Kirribilli House, the Prime Minister’s Sydney residence, as a gift for our nation. 142 generous Common Grace members contributed and a group of local pastors delivered news of the gift to the Prime Minister’s Manly office.

However in March, we were informed that the gift was rejected by the Abbott Government, in a letter from Parliamentary Secretary for Finance Michael McCormack MP, citing concerns about Kirribilli House’s heritage listing and the cost of cleaning the solar panels.

When the Australian Solar Council advised us the Government’s reasons for not accepting the gift didn’t stack up, local pastors again returned to the Prime Minister’s office with an open letter signed by almost 1000 Common Grace members, urging him to accept the gift. Mainstream media covered the story extensively.

Unfortunately this week, we received a second letter, again rejecting the gift. This time there were no reasons given.

Christians across Australia have expressed deep concern that our current Government has shown itself to be unwilling to lead in caring for God’s creation and is out of step with the rest of the world. While the world as a whole has added more new renewable capacity than fossil fuels and nuclear combined in 2013 and 2014[1], here in Australia, large-scale renewables investment has plummeted by 88% in 2014[2].

If the PM won’t show leadership on renewables, then who will?

We've prepared a letter for Mr Shorten, asking him to commit to install the solar panels gift on Kirribilli House if he is elected.

The Labor Party is set to make critical decisions about their climate justice targets at the Labor conference in July. If Labor commits to stronger renewables and emission reduction targets, it will pressure the Government to do the same and help to position renewables as a major issue at the next Federal election.

Will Mr Shorten accept our gift as a symbol that Labor is ready to show real leadership on renewables? All we can do is tweet him and ask!

You can read our media release about all this here. 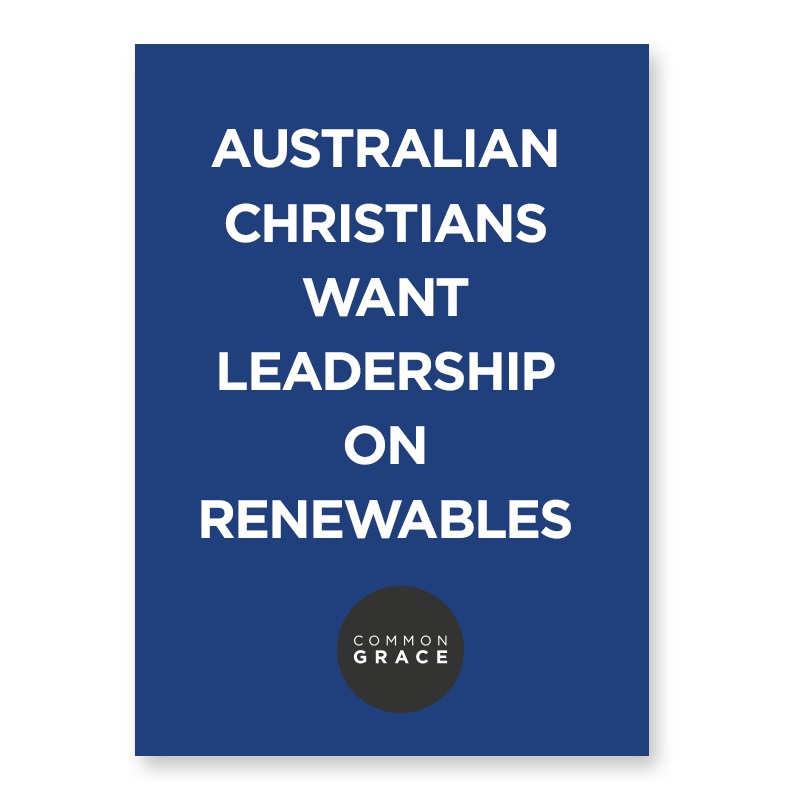 As Christians, we take caring for God’s good creation seriously. We have a unique perspective that our elected representatives need to hear. Our world is a gift to share not a resource to exploit.

For us, this isn't about partisan politics – it is about love, justice and wisdom. This is putting into practice our calling to care for God's world and to show love to the world's poor who are most affected by climate change.

You can read more about why we care about climate justice here.

[2] The Global Renewable Energy Boom: How Australia is Missing Out, Climate Council, 20/3/15

Have you presented this offer to PM Turnbull as well?